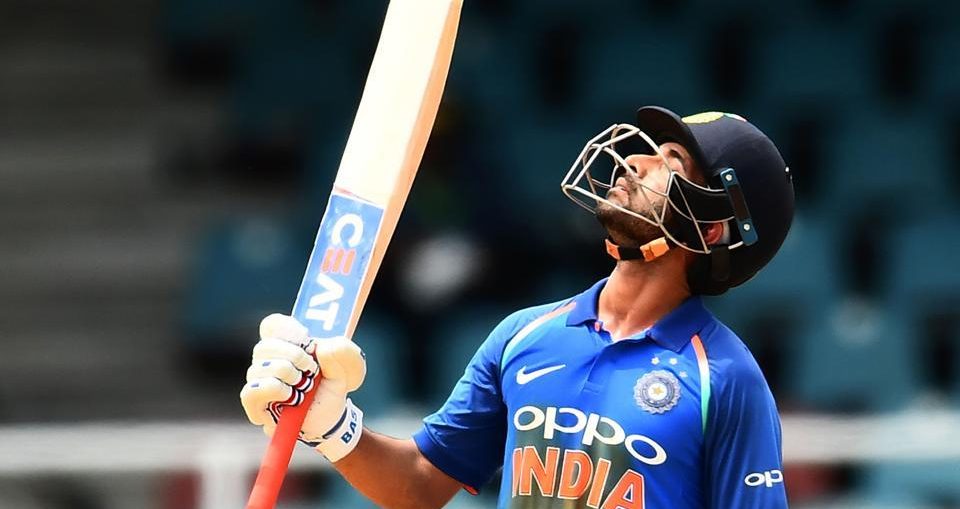 Ajinkya Rahane scored a century on his comeback to the Indian team against West Indies in the second ODI in Trinidad. His effort was appreciated by captain Virat Kohli

Ajinkya Rahane scored his third century for India against West Indies in the second ODI of a five-match series.

When asked what’ll happen to Sunday’s centurion Ajinkya Rahane once Rohit Sharma returns to the squad, India skipper Virat Kohli said his ability to play at any position will likely help him retain his position and makes him a good contender for the middle-order.

With Yuvraj Singh failing to do anything out of the ordinary, the obvious belief is that Rahane may find a way.

The Mumbai batsman, who is playing in place of the rested Rohit Sharma, scored a century and helped build a century opening stand with the fellow opener Shikhar Dhawan.

“Jinks (Ajinkya) has been part of the ODI setup for a while. Always thought he has great potential at the top of the order. But when Rohit and Shikhar play that well at the top then it becomes powerful package. Jinks is always there as a third opener,” said skipper Kohli.

Kohli added that Rahane is not playing under pressure and that has helped him do well.

“He wants to do well in shorter format and wants to make it count, so you end up taking pressure,” said the India captain. “But he is taking it easy and as just a cricket game and enjoying the game. He can only go up from there.”

Such confidence may hold the batsman in good stead. Before this series, Rahane last played for India in an ODI in January earlier this year, failing to do anything worthwhile.

And before that, he got opportunities in four of the five ODIs in the home series against New Zealand in October last year in which he managed only a fifty. In the two ODIs here, he already has a hundred and a half-century.