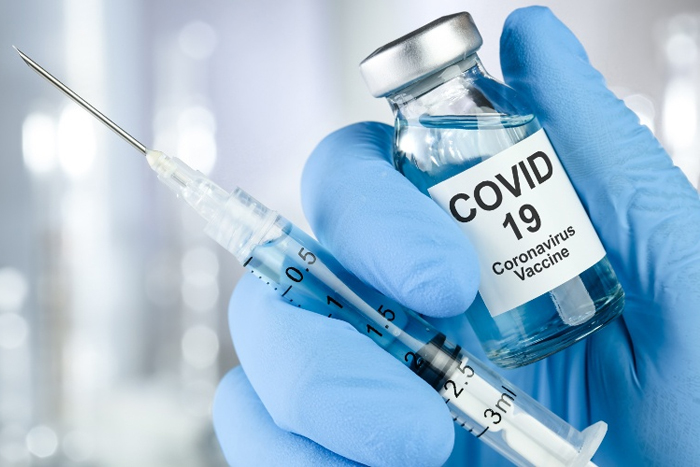 According to an official, the National Expert Group on Vaccine Administration will hold its second meeting on Monday and discuss with granular details of Covid-19 vaccine procurement processes and pricing with the heads of several pharma firms, including SII, Bharat Biotech and Zydus Cadila

Covid-19 vaccines being developed by UK’s Oxford-AstraZeneca and United States’s Moderna-NIAID are the top candidates India is looking at for possible acquisition discussions, senior government officials aware of the country’s vaccine strategy said, adding that a group of experts spearheading the process will hold a crucial meeting on Monday with the heads of pharma firms involved in the development of some of the candidates.

The government will also closely track the progress of candidates being tested by the Hyderabad-based Bharat Biotech and Ahmedabad-based Zydus Cadila. Pune-based Serum Institute of India (SII) has struck a production and clinical trials deal with AstraZeneca for the AZD1222 vaccine, which has till now been tested in the most number of people among the close to 200 options across the world.

According to one of the officials, India is at present waiting for trial data for the Russian candidate, which last week became the first coronavirus vaccine to be approved in the world. “For now, we are looking at the Oxford-AstraZeneca vaccine, which is in co-production with Serum Institute of India for the Indian market, and the Moderna vaccine, which has also entered phase 3 trails,” this person said, asking not to be identified.

Nine other vaccine development programmes — including ones in Germany and Israel — are also being looked at, this person added. These were part of discussions that were held at top government levels.

According to a second official, who too asked not to be named, the National Expert Group on Vaccine Administration will hold its second meeting on Monday and discuss with granular details of procurement processes and pricing with the heads of several pharma firms, including SII, Bharat Biotech and Zydus Cadila.

Headed by Niti Aayog’s VK Paul and co-chaired by Union health secretary Rajesh Bhushan, the panel will meet at around 3.30pm, according to the health ministry’s meeting notice that was seen. Adar C Poonawalla, CEO of Serum Institute of India, Krishna Ella, MD of Bharat Biotech, and Pankaj R Patel, chairman of Zydus Cadila, have been invited for the meeting.

At present, there are 29 vaccines in clinical trials – a multi-step process to establish safety and efficacy of a shot. There are 138 more that are in pre-clinical phases, which includes development and animal trials. The Covid-19 pandemic has infected 21.7 million people around the world in less than nine months since it first began spreading. At least 770,000 people have died.

The once-in-a-century outbreak has triggered a dash for vaccines, with the first of options expected by early or mid next year. The process usually takes 10-12 years.

According to the first official cited above, the government is closely following data emerging from these candidates. The Russian vaccine, Sputnik V, is in its second phase of trials but little is known about how it performed in the first phase, although Russian President Vladimir Putin said it was safe while announcing it had been approved.

According to an expert associated with trials of the Bharat Biotech vaccine candidate Covaxin, there is steady progress in all 12 sites where shots are being given to people. The All India Institute of Medical Sciences, Delhi, this week also started about six healthy volunteers on 2nd dose of the vaccine candidate.

“There is no fixed time line as not all volunteers are given a shot in a single go. The doses are given in batches; once all the doses are administered then only we will be able to run blood tests and analyse the changes. The data analysis will take at least 2-3 weeks and I would say anything concrete can’t be said before a month about the safety of the vaccine candidate. However, there was no immediate adverse reaction observed,” said this person, asking not to be named.

Pharma major Zydus Cadila has also started phase 2 clinical trials to establish efficacy of its indigenous developed vaccine candidate, ZyCov-D. The phase 2 trial began on August 6. Results from the phase 1 trials are not in the public domain yet.

The first official also said that states have been told that vaccine will not be available in the next few months and they should focus on 3Ts—test, trace and treat – to rein in the outbreak and mitigate its spread.

“There is no alternative to ramping up testing—as we have done in Delhi—quickly tracking people who have come in contact with the Covid positive patients and ensuring proper treatment for those who have tested positive,” this person said.

In his meeting on August 11 with 10 states that account for more than 80% of India’s active Covid cases, Prime Minister Narendra Modi asked them to follow the National Capital Region (NCR) model and increase daily testing rates. Delhi has tested 68,532 per million of its population thus far, the highest proportion in the country. India has tested 21,989 per million.

Dr Amita Jain, head, microbiology department, King George’s Medical University, Lucknow, said: “A vaccine will be needed to check the disease spread but we don’t know when an effective vaccine be available for use even though all our efforts are being directed towards making it happen as soon as possible. A good vaccine is the most cost-effective way of preventing a disease.”