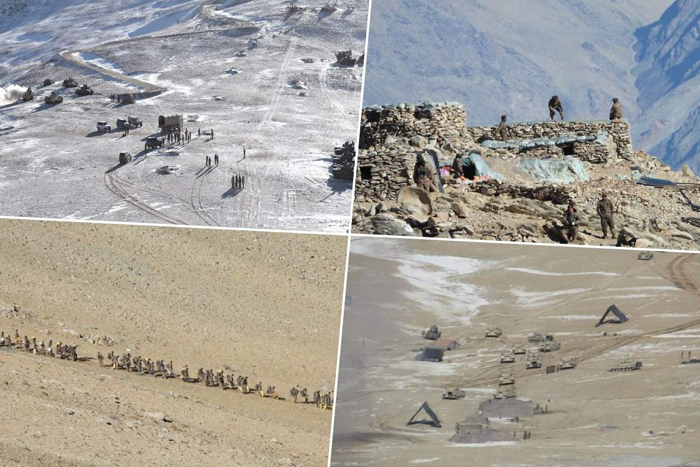 As part of the agreement on disengagement, the Chinese People’s Liberation Army moved its forces to the east of Finger 8 on the north bank, and the Indian Army to its base near Finger 3.

Even as the disengagement of frontline solders at the north and south banks of Pangong Tso is completed, the Indo-Tibet Border Police (ITBP) will continue to patrol areas in Ladakh that were not friction points between India and China. Patrolling in these areas had come to a standstill due to the tensions, people familiar with the development said.

The border guarding force won’t be patrolling the areas where disengagement has taken place or other friction points like Depsang, Gogra, Hot Springs and Kongka La until the redesigned patrolling terms or status of old patrolling terms in these areas are conveyed by the Indian Army.

“We will continue to patrol the areas which we were patrolling earlier on our perception area of the Line of Actual Control (LAC) and are not friction points. These include certain grazing grounds, inner areas and patrolling points towards Uttarakhand as well as the eastern sector,” said an officer, requesting anonymity.

Union defence minister Rajnath Singh had told parliament last Thursday that the decision on other friction points will be taken during discussion between two armies 48 hours after “complete disengagement” in the Pangong Lake area — both north and south banks.

As part of the agreement on disengagement, the Chinese People’s Liberation Army (PLA) moved its forces to the east of Finger 8 on the north bank, and the Indian Army to its base near Finger 3, Singh had said.

ITBP, another officer said, will also maintain status quo for now at its Border Outposts (BOPs) in the Ladakh region, which were strengthened by ssome 60 additional companies (around 6,000 personnel) in June-July last after, after the Galwan valley clash on June 15-16 in which 20 Indian army soldiers and unknown number of PLA troops were killed. At least 25 to 30 additional personnel had been deployed in most BOPs of ITBP in Eastern Ladakh; usually 100 to 110 personnel are deployed in each border outpost.

“Let’s see how things unfold in the next few weeks. If the disengagement in all areas concludes peacefully, the additional personnel will automatically be sent back,” said the second officer.

Both officers cited above also confirmed that the infrastructure development, including construction of roads, repair/construction of jawans’ barracks/posts and 47 new BOPs sanctioned by the government across the 3,488km-long border with China will continue as well. In fact, ITBP’s first “climate-controlled” BOP at Lukung Valley along the strategic Pangong Tso Lake, built at a cost of around ₹17 crore, is currently under testing. The state-of-the-art BOP is likely to be officially operationalised by April or May this year.

Both Indian and Chinese armies had deployed over 100,000 soldiers and advanced weaponry in their forward and depth areas of the Finger Area, a set of eight cliffs jutting out of the Sirijap range overlooking the Pangong Lake, for past eight months now.

In a statement in Parliament last September, Rajnath Singh said no force in the world could stop the Indian Army from patrolling its borders.

Sameer Patil, Fellow at the International Security Studies Programme at Gateway House, said – “ITBP’s role has always been like that. They play the primary role in patrolling the border like Border Security Force (BSF) at the International Border (IB) or Line of Control (LOC). The army comes into the picture when there is friction. ITBP knows the terrain, people and areas which need regular patrolling, so it will always be a crucial element in maintaining security at the LAC.”