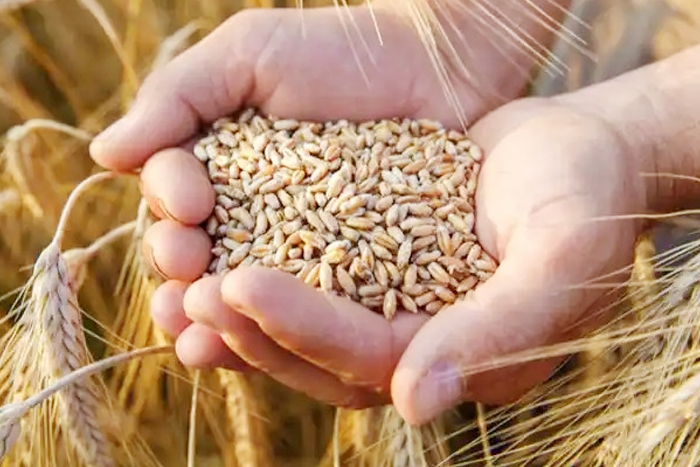 After Russia invaded Ukraine — in a conflict of two countries that together accounted for nearly a third of the world’s wheat supply — and sent food prices to record highs, India was supposed to step in to fill the void. Not anymore.

The world’s second-largest wheat producer on Friday banned exports of the grain amid its own food security concerns, potentially exacerbating the steep rise in global food prices that is affecting billions of people and threatening food security around the world.

In a Commerce Ministry order, Indian officials said they made the decision after considering India’s own needs and those of neighboring countries. India’s food security was “at risk” because of surging international prices, the ministry said.

The announcement was an abrupt reversal weeks after Indian officials and international analysts talked up the possibility of India’s significantly ratcheting up exports to fill the gap created partly by the war in Ukraine. International food prices have soared to record highs in recent months, putting pressure on billions of people, particularly the world’s poorest, officials at the United Nations have warned.

But a record-breaking heat wave this spring — March was India’s hottest month on record — damaged crops in India and reduced wheat output by as much as a quarter in some cases. As traders rushed to buy food to sell on the international market, the Indian government struggled to make purchases for its own domestic food bank and ration program, according to Indian agricultural researchers and government statistics.

Like many countries, India also has been hit with surging inflation that is biting into household budgets and even diets. Food inflation rose by 8.3 percent in April, the government said.

Egypt, the world’s largest importer of Russian and Ukrainian wheat, has been negotiating with India to import 1 million tons. Turkey and several countries in Africa, which also depend on wheat imports from the Black Sea region, had also lined up in recent weeks to buy from India. The government announced plans to send trade delegations to nine countries, including Tunisia, Morocco and Indonesia, to discuss ramping up exports.

“At a time when the world is facing a shortage of wheat, the farmers of India have stepped forward to feed the world,” Prime Minister Narendra Modi said this month during a visit to Germany. “Whenever humanity is faced with a crisis, India comes up with a solution.”

To help scale up wheat exports, the Indian government rushed to set up 200 labs for export quality checks, added more railroad cars for transportation and prioritized exports from ports.

Egypt approved India as a wheat supplier in April, Commerce Minister Piyush Goyal said in a tweet, adding that the country was “ready to serve the world.”

Now it’s not immediately clear which deals will go through. The Commerce Ministry, which oversees trade, said in its Friday order that shipments will be allowed to proceed if irrevocable letters of credit have already been issued. The Indian government could also give special permission for exports to countries “to meet their food security needs.” Otherwise, all exports are frozen.

Analysts said the decision to pause exports was the right one at a time of global uncertainty.

“We should keep a surplus, given the climatic aberrations and food security concerns,” said Devinder Sharma, an agricultural policy expert. “We have such a big population to take care of. Who knows [whether] the pandemic may not come again?”

Through the pandemic, the federal government supplied five kilograms (11 pounds) of wheat or rice and just over one kilogram (2.2 pounds) of pulses per person every month in addition to existing food subsidies. Earlier this year, the program was extended until September.

But the stress on the system was clear when the government announced last week that it would provide more rice instead of wheat under the program.

Government wheat procurement fell to a 15-year low this year to less than 20 million tons after a record high of 43 million tons in 2021. Exports were a key factor.

The skyrocketing global wheat prices meant a bonanza for traders. The World Bank forecast in April that wheat prices were expected to hit an all-time high this year, rising by more than 40 percent. Wheat exports from India more than tripled.

Experts said India’s wheat crisis in 2005 serves as a cautionary tale. India’s high exports depleted its reserves, forcing it to import wheat in the following years.

“India should not be committing the same mistake,” Sharma said. Next year, if need arises, “stock may not be available, and prices will be unaffordable.”