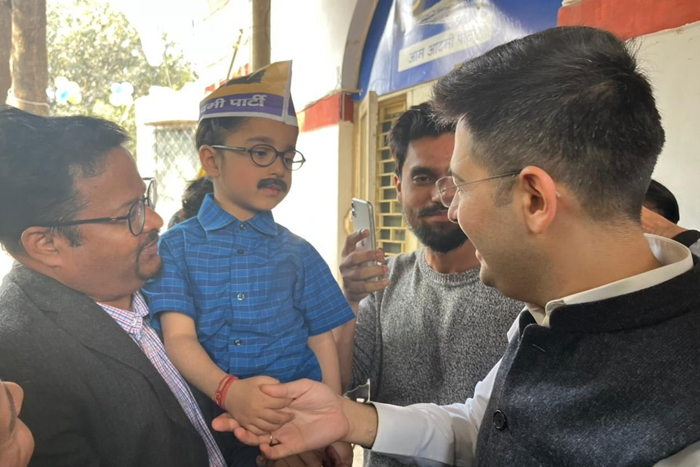 AAP’s victory gives it a “double engine” government for the first time in the capital, where it has been in power since 2015.

AAP’s victory gives it a “double engine” government for the first time in the capital, where it has been in power since 2015.

The party has accused the BJP of obstructing it at every turn, using its government at the Centre, the Lieutenant Governor, and the civic body.

The big message from these polls was that people want constructive politics, not negativity, he said.

“I appeal to all parties and candidates – we have indulged in politics till this point. Now we have to work together. We want the cooperation of BJP and Congress. Together, we will fix Delhi,” said the Chief Minister.

AAP unseated BJP by winning 134 seats, eight above the majority in a house of 250. The BJP, which ran a high-profile campaign starring PM Modi, seven chief ministers and other top leaders, won 104. The Congress was reduced to nine as its decline in Delhi continues.

This is the first time AAP has defeated the BJP in any election.

He closed his speech with a warning. “Never become arrogant. Arrogance has brought down many greats. People may forgive your arrogance but God never will,” he said.

Though the BJP has not been in power in Delhi for 24 years, its control over MCD remained strong through the Congress and AAP governments. Even when AAP won a record 67 of 70 seats in the 2015 Delhi election, the BJP, two years later, retained the MCD.