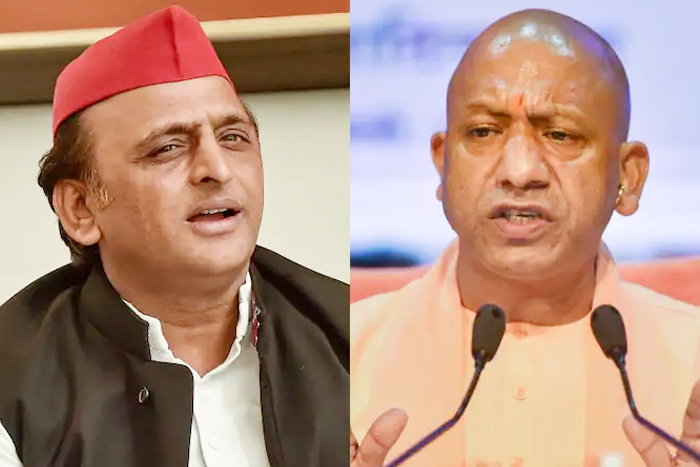 Besides the Mainpuri parliamentary bypoll, Rampur Sadar and Khatauli in Uttar Pradesh, Padampur in Odisha, Sardarshahar in Rajasthan, Kurhani in Bihar and Bhanupratappur in Chhattisgarh are the assembly seats where the bypolls were announced on Thursday.

Besides the Mainpuri parliamentary bypoll, Rampur Sadar and Khatauli in Uttar Pradesh, Padampur in Odisha, Sardarshahar in Rajasthan, Kurhani in Bihar and Bhanupratappur in Chhattisgarh are the assembly seats where the bypolls were announced on Thursday.

“The BJP has won the Rampur seat for the first time. For this, congratulations to all workers of Rampur, including Akash Saxena, and thanks to the almighty public (for support),” he added.

Considered as the SP’s bastion, the Mainpuri parliamentary seat was held by party founder and Dimple Yadav’s father-in-law Mulayam Singh Yadav and got vacated after his death on October 10.

“I want to thank all the supporters of the Samajwadi Party who worked rigorously for our victory. I also want to thank the people of Mainpuri for believing in me. This victory is a tribute to Netaji (Late Mulayam Singh Yadav),” Dimple Yadav said at a press conference along with Akhilesh Yadav.

Saxena, who won by a margin of 33,702 votes, has been handed over the winners certificate by the Returning officer. This is the first time the BJP has won the Rampur Sadar assembly seat.

Azam Khan cannot contest elections for the next six years due to his conviction. The bypoll was held on December 5.

Madan Bhaiya polled 97,071 votes, while Saini received 74,996, according to the Election Commission. Saini is the wife of former BJP MLA Vikram Singh, whose disqualification from the state assembly following his conviction in a 2013 Muzaffarnagar riots case necessitated the bypoll.

This is the 10th time the Congress won the seat since Independence. The bypoll was necessitated following the demise of senior Congress leader and MLA Bhanwarlal Sharma.

The ruling Congress in Chhattisgarh on Thursday won the Bhanupratappur assembly bypoll, retaining the seat by defeating the Bharatiya Janata Party. With this, the opposition BJP has suffered a fifth successive defeat at the hands of the ruling Congress in the assembly bypoll held after the 2018 Chhattisgarh election. Congress candidate Savitri Mandavi won the bypoll by a margin of 21,171 votes against her nearest rival Brahmanand Netam of the BJP. Mandavi polled 65,479 votes, while the BJP’s Netam secured 44,308 votes.

Naveen Patnaik-led Biju Janata Dal (BJD) on Thursday steamrolled to a convincing victory in the bypoll to Odisha’s Padampur, as its candidate Barsha Singh Bariha won by a margin of 42,679 votes, defeating the BJP’s Pradip Purohit.

After the end of the 23rd round of counting, Bariha secured a total 1,20,807 votes, while Purohit bagged 78,128 votes, the Election Commission said.

Barsha is the daughter of late MLA Bijay Ranjan Singh Bariha whose death in October necessitated the by-poll.

The by-election was necessitated by the disqualification of RJD MLA Anil Kumar Sahani. The RJD is a constituent of the ruling Mahagathbandhan (grand alliance).