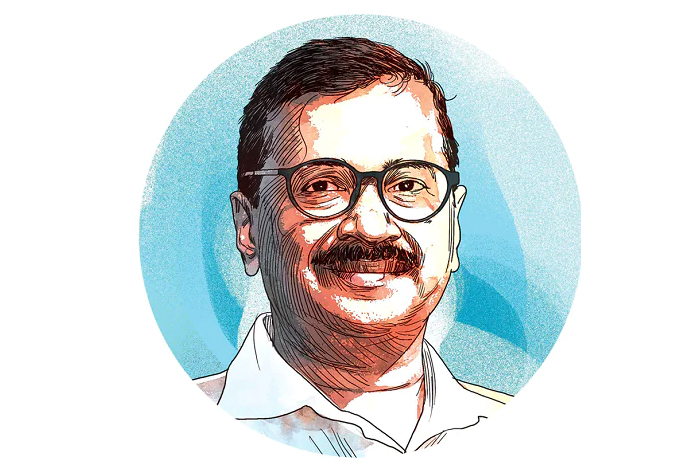 Gratitude for Delhi, new entrant for Gujarat: Arvind Kejriwal on exit polls – Exit polls have predicted massive win for the AAP in the MCD elections.

Delhi Chief Minister Arvind Kejriwal on Tuesday responded to the exit polls, which have predicted a huge win for the Aam Aadmi Party (AAP) in the MCD (Municipal Corporation of Delhi) elections. The civic polls for the national capital were held on Sunday across all 250 wards. The BJP has been ruling the civic bodies in the national capital – which were merged into one earlier this year – for nearly 15 years.

“I hope that results will be like this only,” he further added. The AAP chief -after extensively campaigning in Gujarat in the recent weeks – also spoke about the Gujarat exit polls. “A new party has entered the picture. They were saying it’s the stronghold of the BJP. If a party can claim about 15-20 per cent vote share in the first go, it’s a big thing,” he highlighted.

In Gujarat, however, as per the exit polls, the party is unlikely to make a headway as it expected. It may not even end at the second spot. Similar predictions have come to the fore for Himachal Pradesh too. The AAP has been trying to expand its national footprint ever since it won Punjab earlier this year in a handsome win.

Votes for Gujarat and Himachal Pradesh will be counted on Thursday.