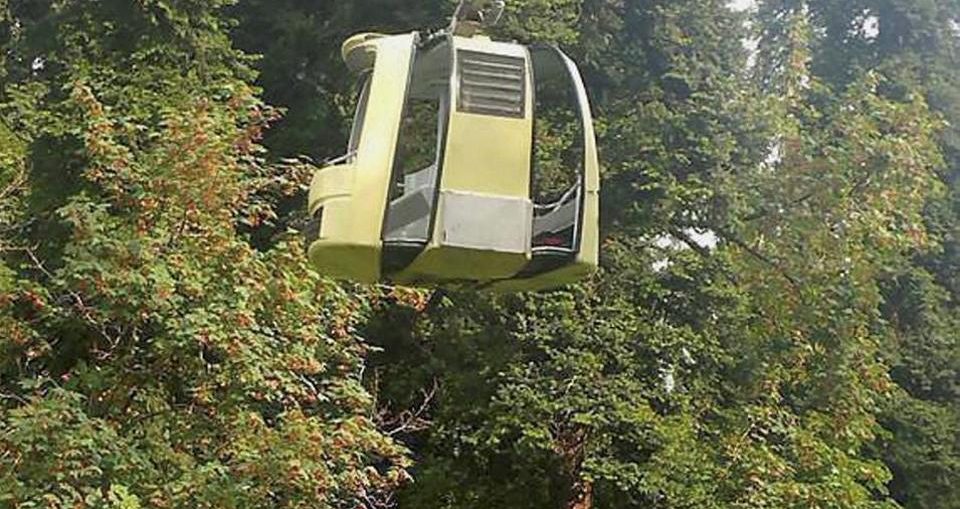 Gulmarg gondola manager says the deaths were caused by the shattering of glass, and the occupants were thrown out of the cabin because it was swinging dangerously.

The site of Sunday’s accident in Gulmarg where a cable-car snapped after a tree fell on it.

The management of the company that operates the gondola cable car service in Gulmarg in Jammu and Kashmir on Monday blamed “an act of God” for the Sunday tragedy that killed seven people, including four members of a Delhi family.

Riyaz Ahmad, general manager of the project, said there was no violation of the standard operating procedure (SOP) on Sunday as alleged by some.

Among the dead were Jayant Andraskar, his wife Manshea and their daughters Anagha and Janhvi — residents of Delhi’s Shalimar Bagh. The other three victims were identified as Mukhtar Ahmed Ganie, Javed Ahmed Khandey and Farooq Ahmed.

Another 150 people who were in other cable cars were saved.

“We don’t operate the gondola during high velocity winds and there is an inbuilt safety mechanism in the system that automatically stops the operation whenever there are gusty winds,” said Ahmad. “What happened yesterday was a great misfortune because of an act of God.”