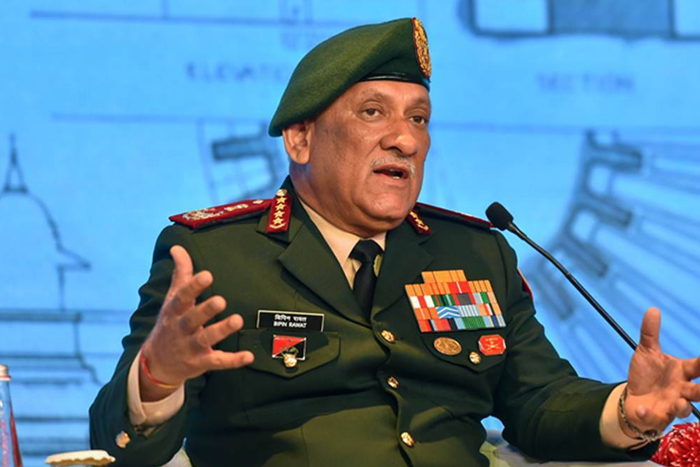 The bodies of General Bipin Rawat and his wife Madhulika will be kept at their 3, Kamaraj Marg residence from 11am to 12:30pm for the general public to pay their final respects. The funeral will be held at 4pm.

The funeral of India’s first Chief of Defence Staff (CDS) General Bipin Rawat, who lost his life in a tragic air accident this week, will be held on Friday, according to people familiar with the matter.

People will be able to pay their respects to the outstanding commander, who perished along with his wife and 11 other personnel of the armed forces in the military helicopter crash on Wednesday near Coonoor in Tamil Nadu, in Delhi.

As per the day’s plans shared by news agency PTI, the bodies of General Rawat and his wife Madhulika will be kept at their Kamaraj Marg residence from 11am to 12:30pm for the general public to pay their final respects.

The slot between 12:30pm and 1:30pm will be kept for military personnel to pay their respects to the braveheart general and his wife. The final journey of General Rawat from his residence to the Brar Square crematorium is scheduled to begin around 2pm.

The late CDS Rawat’s funeral is scheduled for 4pm, according to the news agency, which added that the funeral of Brigadier LS Lidder, whose body was also identified as one of the other casualties of the air accident, would be held at 9am.

Although the Indian Air Force (IAF) has confirmed the deaths of 13 people in the helicopter crash on Wednesday afternoon, only three bodies have been identified so far—those of Gen Rawat, his wife Madhulika Rawat, and Brigadier Lidder. Army officials have said the bodies of those identified will be released to the families for last rites.

Meanwhile, the other bodies are being kept in the mortuary at the Army Base Hospital till they are identified.

Heart-wrenching scenes were seen at New Delhi’s Palam airport on Thursday as 13 caskets were lined up inside a hangar in presence of their family members.

Prime Minister Narendra Modi, defence minister Rajnath Singh, and National Security Advisor (NSA) Ajit Doval were among the ones who paid their tributes on Thursday to the armed forces personnel who died in the air accident.