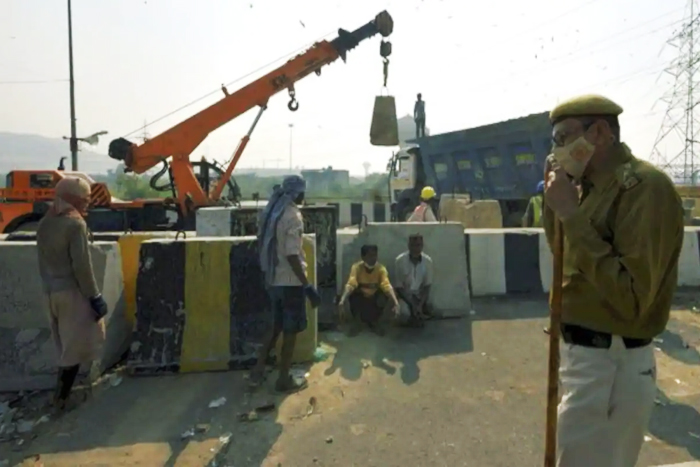 Chandigarh: Farmers camping at Delhi’s Singhu, Tikri and Ghazipur borders will take out a victory march today as they return to their villages in Punjab and Haryana after a 15-month agitation that forced the centre to withdraw three contentious farm laws.

Farmers are now dismantling their makeshift accommodations at the border sites as the agitation, which braved forces of nature as well as tags of “terrorists” and “khalistanis”, draws to an end. They will gather for some ceremonies and start their journey home.

Special arrangements have been made along the highways to greet the farmers as they head home on tractors, it is learnt.

The victory march was initially planned for yesterday, but it was postponed in the wake of the tragic helicopter crash in Tamil Nadu that killed 13 people, including Chief of Defence Staff General Bipin Rawat.

Rakesh Tikait, the face of the farmers’ protest, told news agency ANI yesterday that a large group of farmers shall vacate the protest sites today. “We will talk, pray and meet the people who helped us. People have started vacating already, it will take 4-5 days. I will leave on December 15,” he said.

Following Prime Minister Narendra Modi’s announcement to cancel the three laws, farmers had stayed put at the protest sites, citing other demands that included a legal guarantee on Minimum Support Price (MSP) and withdrawal of cases registered against protesting farmers.

They announced their decision to return only after the centre sent a written proposal on the outstanding demands to the five-member committee of the Samyukt Kisan Morcha, which is spearheading the agitation.

The centre has agreed to form a committee to decide the MSP issue. The committee will comprise government officials, agriculture experts and representatives from Kisan Morcha. The government has also agreed to drop all police cases against farmers, including stubble burning complaints and those filed by Haryana and Uttar Pradesh police following clashes with protesters.

On the Kisan Morcha’s demand for compensation for the deaths of 700-odd farmers during the protest, the centre has said Haryana and Uttar Pradesh have given in-principle approval and Punjab has already made an announcement.

The centre’s proposal had come after Union Home Minister Amit Shah spoke to farmer leaders over the phone to discuss outstanding issues.

With the farmers returning home after forcing the government into a climdown, the focus now shifts away from the protest sites on Delhi borders to the Assembly poll arena in Punjab and Uttar Pradesh.

All eyes will now be on what impact the farmers’ agitation, and the ruthless attempts to crush it, have on the outcome of these polls, especially in politically-crucial Uttar Pradesh where four protesting farmers were run over, allegedly by a Union Minister’s son.