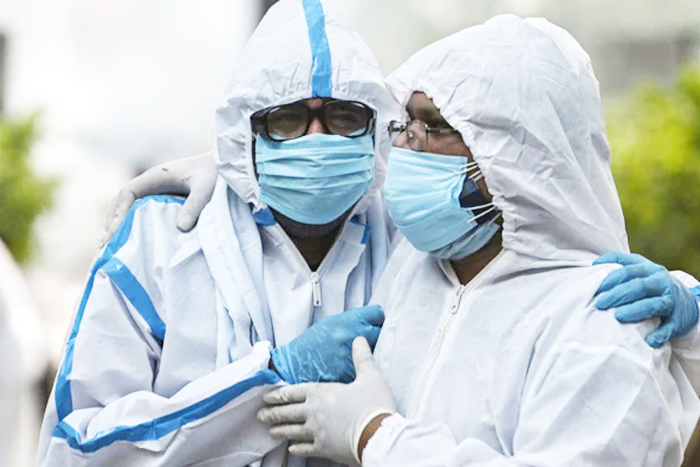 Delhi on Tuesday logged 418 fresh COVID-19 cases with a positivity rate of 2.27 per cent, while two more people succumbed to the viral disease, according to data shared by the city health department.

On Monday, the national capital reported 268 fresh COVID-19 cases, while the positivity rate stood at 2.69 per cent.

The city saw 365 cases with a positivity rate of 1.97 per cent and one death on Sunday.

On Saturday, 479 cases were reported with a positivity rate of 2.06 per cent and one death.

The number of daily COVID-19 cases in Delhi had touched the record high of 28,867 on January 13 this year during the third wave of the pandemic.

The city had recorded a positivity rate of 30.6 per cent on January 14, the highest during the third wave of the pandemic.

As many as 1,330 patients are under home isolation, down from 1,447 the previous day, it said, adding that there are 638 containment zones in the national capital.

There are 9,611 beds for COVID-19 patients in Delhi hospitals and 115 of them are occupied, the bulletin said.