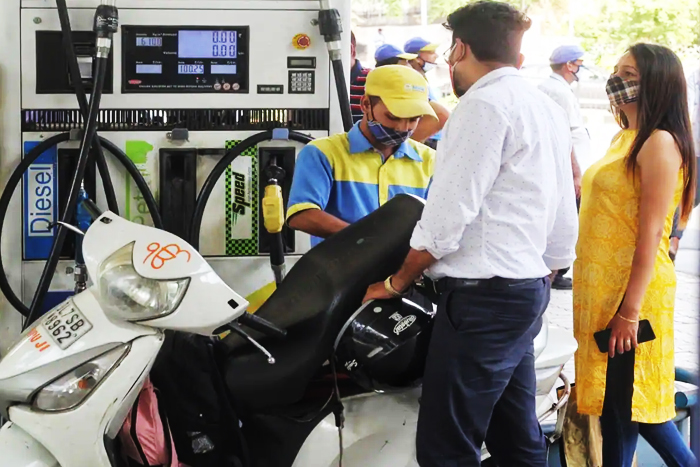 Petrol, Diesel Prices on Thursday: Prices of petrol and diesel has remained unchanged across the country on Thursday, May 26. The price of petrol in Delhi stands at Rs 96.72 per litre while that of diesel is at Rs 89.62. In Mumbai, petrol currently costs Rs 111.35, while diesel is retailing at Rs 97.28, data available on Indian Oil Corporation’s website showed.

The rates of both the key auto fuels were sharply reduced on Sunday after finance minister Nirmala Sitharaman announced a cut in excise duty on petrol by 8 per litre, and 6 rupees per litre on diesel on May 21. Following the government’s decision petrol price was cut by Rs 8.69 per litre while diesel was reduced by Rs 7.05 in the national capital on Sunday.

Oil prices rose on Thursday, extending a cautious rally this week on signs of tight supply while the European Union (EU) wrangles with Hungary over plans to ban imports from Russia, the world’s second-largest crude exporter, after it invaded Ukraine. Brent crude futures for July settlement inched up 7 cents, or 0.1 per cent, to $114.10 a barrel at 0142 GMT. US West Texas Intermediate (WTI) crude futures for July delivery climbed 22 cents, or 0.2 per cent, to $110.55 a barrel.

Petrol, Diesel Prices on Wednesday, May 26, in Delhi, Mumbai, Chennai and Other Major Cities in India: