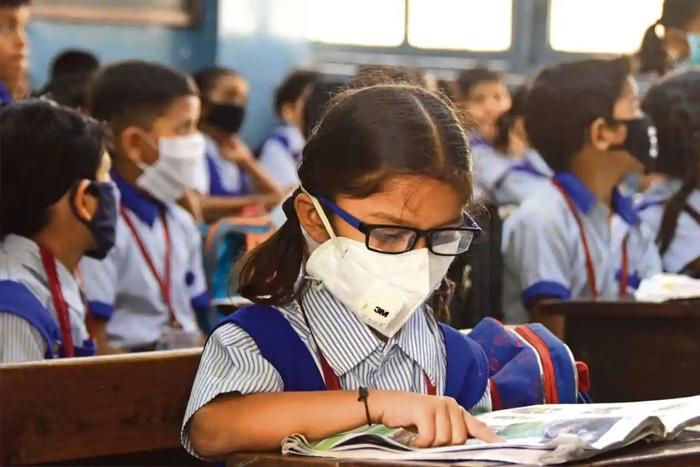 The Delhi government on Monday decided to reopen schools that were closed for primary classes since Saturday even as environmentalists have warned against “knee-jerk” reaction.

The Delhi government on Monday decided to reopen schools that were closed for primary classes since Saturday even as environmentalists have warned against “knee-jerk” reaction.

However, plying of BS-III petrol and BS-IV diesel four-wheelers in the national capital will remain banned under stage 3 of the Graded Response Action Plan (GRAP), Delhi Environment Minister Gopal Rai said in a press conference.

High pollution levels prompted the Delhi government to announce additional measures on Friday, including the closure of primary schools from Saturday and work from home for 50 per cent of its staff. Schools have taken several measures to protect children, including the introduction of breathing exercises in classes and mental and emotional well-being sessions.

“It serves both purposes. First, it ensures a proper continuity in their education without any interruption, and it also channelizes a conducive environment in which there are no possibilities of health hazards.

“We have a proper medical treatment facility to take care of children if they face any discomfort or pain,” she said. Sangeeta Hajela, Principal, DPS Indirapuram, said,”We have administered many steps to safeguard students. Teachers encourage students to have a balanced diet with nutrient-rich fruits and vegetables to increase the stability and viability of the lungs and liver.”