You are here
Home > DAILY BAWAL > Delhi Police Kanwar alert: No blacksmiths for they eat non-veg, no posts to provoke 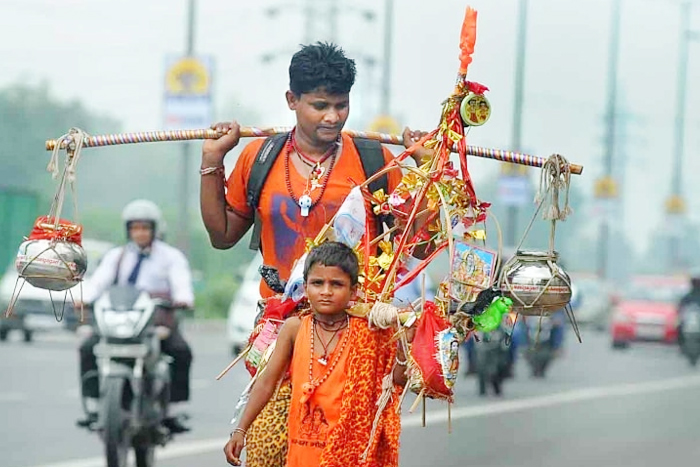 Delhi Police Kanwar alert: No blacksmiths for they eat non-veg, no posts to provoke

“The input suggested that blacksmiths etc on the route be removed or shifted to other sites as they consume non-vegetarian food and leave the bones behind. It said that religious processions passing through mixed population areas has become a sensitive matter, and that even petty issues should be handled in a professional manner. The input says that all calls and complaints with a communal angle should be dealt with efficiently,” sources said.

The Special Branch has also flagged gatherings at Kanwar camps as vulnerable since they are considered soft targets. It has suggested that the district police maintain utmost vigil to foil plans of terrorists and other “unscrupulous elements”.

The input, sources said, underlines the apprehension that even a small incident could lead to a big law-and-order issue.

“The input said that the devotees are mostly young and gather quickly on slight provocation. It said that even a minor incident can create an adverse law and order situation,” the source said.

In 2018, Kanwariyas had damaged and toppled over a car after it brushed past them.

Governments and police make elaborate arrangements for the Kanwar Yatra each year. Camps are set up by the government for them to rest. The police also make special traffic arrangements on their routes.

Another concern raised is that of fake social media posts.

“The input states that anti-social elements sometimes circulate fake social media posts to provoke a particular community and push them to violate the law. It says that since the Kanwar Yatra is a major event for Hindu devotees, the posts can have serious law and order implications, and that there is a need to keep a close watch on what is shared,” the sources said.

The communication also flags the use of DJ sound systems and the problems this could create.

It says that DJ systems in Kanwar camps may lead to law and order situations if the camps are situated in mixed populations areas. It also says that devotees mainly use Tata-407 vehicles, Canters, tempos and motorbikes, and install DJ systems on vehicles to play loud music.

It points out that Kanwariyas carry sharp and dangerous instruments like trishuls, talwars, lathis, rods, hockey sticks, baseball bats and iron chains with them along with gas cylinders on vehicles.