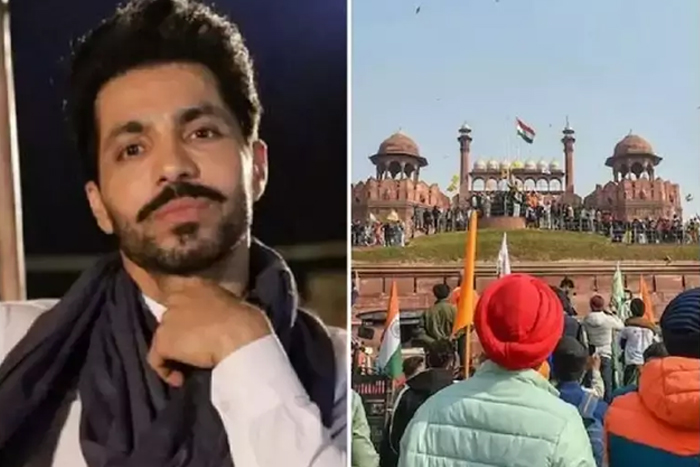 The arrest was made by Delhi Police’s special cell unit for Sidhu’s alleged involvement in hoisting the flag at Red Fort on Republic Day. He was held from Zirakpur area between Chandigarh and Ambala.

The Delhi Police had named Sidhu and gangster Lakka Sadana in an FIR lodged in connection with the Red Fort incident. According to the FIR, He was present at the Red Fort when a religious flag and a farmer flag were put at the flagpole at the historic monument, triggering massive outrage.

According to police, he was in contact with a woman friend and actor who lives in California. He used to make videos and send it to her, and she used to upload them on his Facebook account.

He had also been accused by farm bodies of trying to defame their agitation and termed a “traitor”.

The police had announced a cash reward of Rs 1 lakh for information leading to Sidhu’s arrest.

Famous for his role as a gangster in the Punjabi film ‘Jora Das Numberia’ in 2018, the 36-year-old was one of the first celebrities to support farmers when they took to the streets against the three laws. Sidhu claims to be a supporter of strengthening the federal structure to give more rights to states. He has long been openly quoting Jarnail Singh Bhindranwale.

Before moving to the protest site at Singhu border, Deep Sidhu, who belongs to Muktsar in Punjab, had held a prolonged protest at Shambhu border between Punjab and Haryana, where accusations of Khalistani elements running the protests had been made.

Considered close to Sikh ideologue Ajmer Singh, Sidhu practised as a lawyer before he joined the show business in 2015.

44 cases were registered in connection with the Republic Day violence out of which 14 important cases were reported to the Crime Branch and an investigation team has been formed to look into the case.