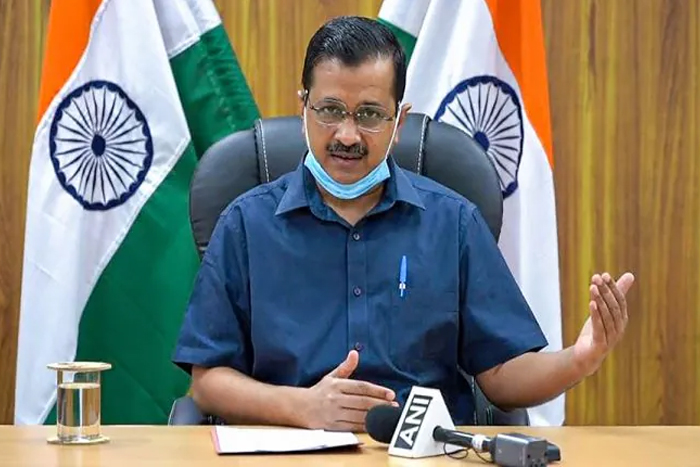 The Delhi cabinet gave approval for the project in October 2020. Environment minister Gopal Rai said last week that the 20-metre-long structure, which has been set up to improve air quality in a radius of around one kilometre, will function at full capacity after the monsoon season.

Delhi chief minister Arvind Kejriwal will on Monday inaugurate a smog tower at Baba Kharak Singh Marg in the Connaught Place area to help combat rising air pollution in the national capital. According to environment minister Gopal Rai, this is the country’s first smog tower. The Delhi cabinet gave approval for the project in October 2020. Rai said last week that the 20-metre-long structure, which has been set up to improve air quality in a radius of around one kilometre, will function at full capacity after the monsoon season. The tower, built at a cost of ₹20 crore tower, has been funded by the Delhi government.

“Thereafter, experts will ascertain its impact on pollution. Based on the results, we will take a decision on installing more equipment,” he told reporters. Earlier, the minister said the construction work of the smog tower was delayed due to the ongoing coronavirus disease (Covid-19) pandemic.

A smog tower is a structure designed to work as a large-scale air purifier in order to reduce air pollution particles. It is essential equipment for Delhi, which is one of the most polluted cities across the country and the world and has seen a major fall in its air quality for the past few years.

Environment minister Rai also said on Thursday the smog tower at Connaught Place will be able to purify 1,000 cubic metres of air every second. An official told news agency PTI that a two-year study will be undertaken to ascertain the effectiveness of the tower after it starts operating, adding a control room has also been set up at the site for monitoring its operations.

Meanwhile, the Centre has also built a 25-metre-tall smog tower at Anand Vihar which might become operational by the end of August, the Central Pollution Control Board (CPCB) said on Thursday.

Both the smog towers were built by Tata Projects Limited (TPL) with technical assistance from IIT Bombay in collaboration with IIT Delhi. The National Buildings Construction Corporation (NBCC) India Ltd has been appointed as the project management consultant.

PTI also reported that Delhi Pollution Control Committee is the nodal agency for the smog tower in Connaught Place while the CPCB is the nodal agency for the tower in Anand Vihar. Both the towers will use 1,200 air filters each developed by experts at the University of Minnesota in the United States. They are estimated to reduce the concentration of PM2.5 up to 70 per cent in a one-kilometre radius around them.