You are here
Home > DAILY BAWAL > Yogi Adityanath govt to give smartphones, tablets to one crore UP youths 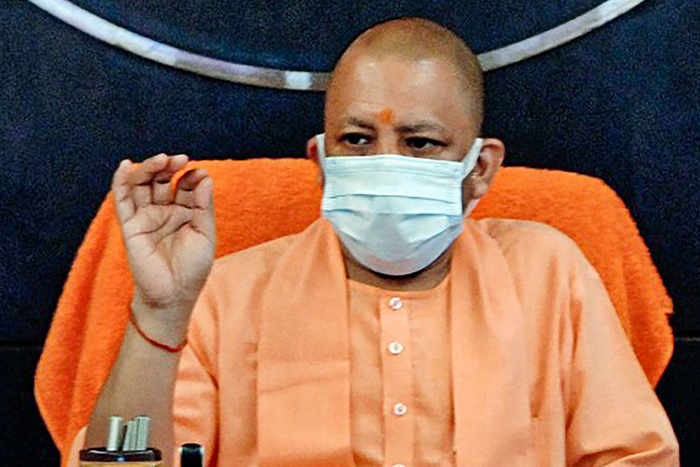 Uttar Pradesh: Yogi Adityanath govt to give smartphones, tablets to one crore UP youths

LUCKNOW: In what is being seen as one of the biggest youth-outreach moves of the UP government months before assembly elections, Chief Minister Yogi Adityanath announced that one crore youths of the state would be given smartphones and tablets for their ‘digital empowerment’.

Replying to the discussion, the CM said that the Opposition never cared about youths of the state and they were forced to commit unruly acts and ultimately put behind bars.

However, the BJP government was thinking about their betterment. Earlier, the youth of the state used to hide his domicile as he was afraid of the state’s image on the law and order front. “But now whenever he goes out, he proudly tells everyone that he is from Uttar Pradesh,” he said.

The government has plans to make youths of the state digitally empowered, Yogi said and added that it is for this reason that in the supplementary budget out of over 7,000 crore, Rs 3,000 has been earmarked for youths. The budgetary provision made would be used for purchasing tablets and smartphones which would be given to one crore youths from high school and above. “Mainly unemployed youths would be getting the benefit of the scheme,” he said.

The CM, announcing further sops for the youth, said that the state government would also provide allowances to technicians, polytechnic pass-outs, graduates and postgraduates for appearing in competitive exams. The youths would be given free digital access, the CM said.

Even though the leader of Opposition Ram Govind Chaudhary termed the supplementary budget an election plank, political analysts said that the announcement to woo youths will have a positive impact for UP which is one of the youngest states that would go to polls in 2022.

The CM’s list of announcements didn’t end here. Remembering the contribution made by Nigrani Samitis consisting of Anganwadi and Asha workers, the CM said that the state government has decided to increase their honorarium as a mark of appreciation for their contribution during the corona pandemic.

Further keeping 16 lakh employees and 12 lakh pensioners in good humour, the CM said that the state government has decided to give increased DA and bonuses to them. They would be getting 11% increased DA. A provision for the same has been made in the supplementary budget, Yogi said.

He said budgetary provision has also been made for the upkeep of stray cows. There are around 6 lakh stray cattle in the state, the CM said and added that a provision to give Rs 900 on each cow has been made under which any farmer can keep at least four stray cows. For this the farmers are getting Rs 900 per cow, the CM said. He said 90,000 such stray cows are being taken care of by farmers.

Criticising the previous SP government, the CM said there was a deliberate move on the part of the SP government to close the Sanskrit schools as admissions and teachers’ appointments were closed. “However, we have opened everything and budgetary provision has been made for appointment and salary of Sanskrit school teachers. For the new appointments, a district level team led by the manager of the school has been made,” the CM concluded.