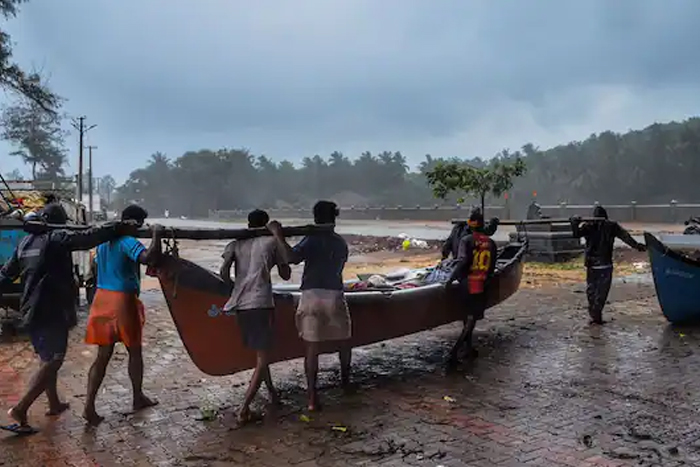 Cyclone Tauktae: Around 25,000 people have been evacuated from low-lying areas between Porbandar and Mahuva in Gujarat’s Bhavnagar district in anticipation of landfall.

New Delhi: Cyclone Tauktae – an ‘extremely severe cyclonic storm’ – is “very likely” to make landfall in Gujarat’s Bhavnagar district between 8 pm and 11 pm, with winds up to 165 km per hour. At 8.30 am it was 150 km from Mumbai and moving at 15 km per hour.

Here are the some points in this big story

Massive damage is expected in Porbandar, Amreli, Junagarh, Gir Somnath, Botad and coastal areas of Ahmedabad, including destruction of thatched houses. Officials have warned of damage to power and communication lines. Flooding of roads and disruption to railway lines and signaling systems is expected, as is damage to salt pans and standing agricultural crops.

On Monday morning news agency ANI said nearly 7,000 fishing boats – around 2,200 from Gujarat and 4,500 from Maharashtra had been returned to harbour. In addition over 300 merchant ships were alerted or re-routed and oil rig operators were also warned.

Prime Minister Narendra Modi has asked for least possible disruption in oxygen supply from Gujarat’s Jamnagar – the site of Reliance Industries’ massive refinery, which currently India’s largest single-location medical oxygen provider. Oxygen supply is of critical importance with lakhs of Covid patients on life support. Reliance has said it is working to ensure supply but warned it may be forced to shut down for a few hours.

Maharashtra Chief Minister Uddhav Thackeray’s office said the state – the worst-affected with nearly five lakh active cases – would also ensure power and oxygen for hospitals and that patients undergoing treatment at Covid and non-Covid facilities in coastal areas had been relocated. Mr Thackeray’s office said he was closely monitoring the situation.