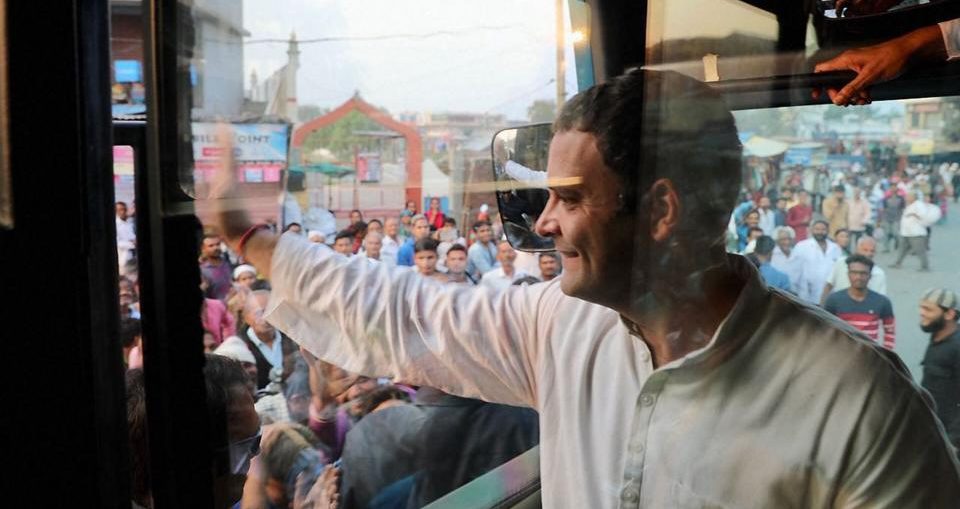 Rahul Gandhi, who was anointed Congress vice-president in January 2013, will be the sixth member of the Nehru-Gandhi family to occupy the top post in the 131-year-old party.

Congress vice-president Rahul Gandhi waves to supporters in Kheda district, Gujarat, on Friday while campaigning for the state assembly polls on Saturday.

Rahul Gandhi will officially be declared Congress president on Monday, the last day of withdrawal of nomination papers for the top post in the grand old party.

He takes over the reins from his mother Sonia Gandhi who remained at the party’s helm for 19 consecutive years since 1998.

Rahul had filed his nominations papers on December 4.

The announcement will come in Rahul’s absence, who is busy campaigning in Gujarat.

The central election authority (CEA), a party panel overseeing the organisational polls, will hand over a certificate to him at a later date.

The 47-year-old’s elevation marks a generational shift in the grand old party that is going through a difficult phase due to a series of electoral setbacks.

The Congress had barely managed to win 44 seats in the 2014 Lok Sabha polls after being in power for 10 years.

Rahul’s daunting task will be to revive and rebuild the Congress to make it fighting fit for the 2019 elections. A good show in Gujarat, where he is leading the party campaign from the front, will certainly give a good start to his new innings.

As many as 89 sets of nomination papers for Rahul with proposers, including Sonia Gandhi, former Prime Minister Manmohan Singh and other Congress Working Committee members, had been received by the party’s election authority.

Before filing his papers at the Congress headquarters, Rahul had visited the residences of Pranab Mukherjee, former president and veteran party leader, and Singh besides his mother to seek their blessings.

Rahul, who was anointed as the Congress vice president in January 2013, will be the sixth member of the Nehru-Gandhi family to occupy the top post in the 131-year-old party.