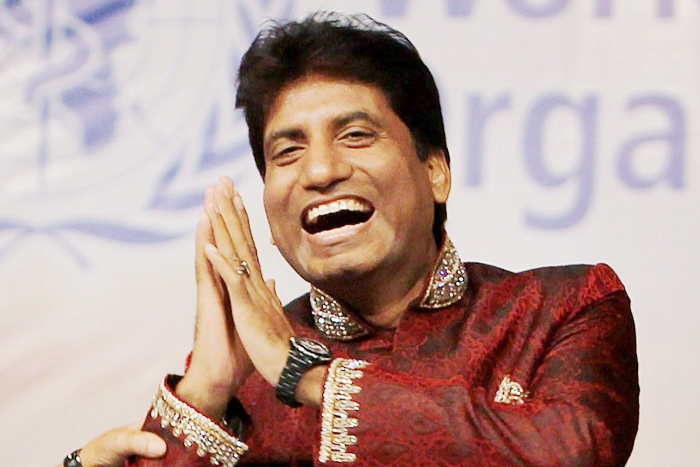 New Delhi: Comedian Raju Srivastava died today in Delhi, over a month after he suffered a cardiac arrest while working out in the gym. He was 58.

“Raju Srivastava brightened our lives with laughter, humour, and positivity. He leaves us too soon but he will continue to live in the hearts of countless people thanks to his rich work over the years. His demise is saddening. Condolences to his family and admirers. Om Shanti,” he tweeted.

Uttar Pradesh Chief Minister Yogi Adityanath too extended condolences to his family and said, “Raju Srivastava is no more with us. I, on behalf of the people of UP, pray that his soul rests in peace.”

“#RajuSrivastav ji made us laugh a lot in his life but today it is very sad to hear this news. Worked a lot with him and got to learn a lot. Raju ji may not be with us physically but his performance will always be alive in our hearts. We’ll miss you “Gajodhar Bhaiya”,” he tweeted.

Srivastava was hospitalised on August 10 after he collapsed in the gym and was rushed to the All India Institute of Medical Sciences (AIIMS). He underwent angioplasty the same day and was put on a ventilator.

Srivastava has been active in the entertainment industry since the 1980s but received recognition only in 2005 after he participated in “The Great Indian Laughter Challenge”.

He has appeared in Hindi films like “Maine Pyar Kiya”, “Baazigar”, “Bombay to Goa” and “Aamdani Atthani Kharcha Rupaiya”. He was one of the contestants on “Bigg Boss” season three.

Srivastava also served as the chairman of the Film Development Council of Uttar Pradesh until his death.