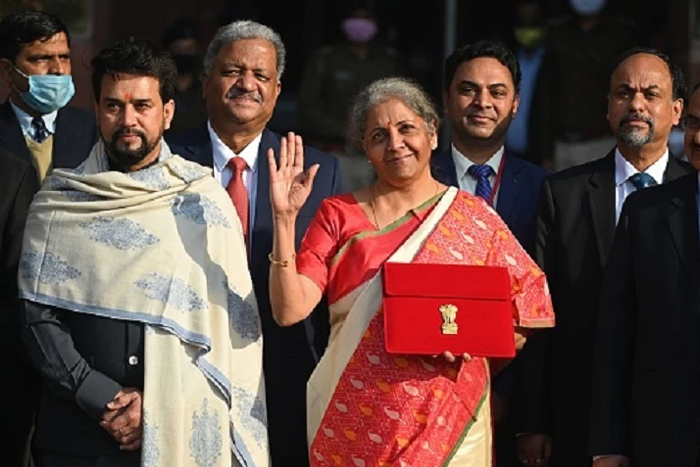 The session is being held in the midst of crucial assembly elections in five states, including Uttar Pradesh.

Opposition parties are likely to raise the Pegasus snooping allegations, farmers’ issues and the border row with China in the Budget session of Parliament which is starting from today.

The opposition is preparing to unitedly take on the government on the Pegasus snooping row after the New York Times claimed that India purchased the snooping spyware as part of a defence deal with Israel in 2017.

Leader of the Congress in Lok Sabha has already written to Speaker Om Birla for moving a privilege motion against the government and IT minister Ashwini Vaishnaw for “misleading” the House, as the government had denied the charges of “spying” in a statement in Parliament last year.

The Pegasus row had led to a washout of the last Monsoon session when a united opposition did not allow both houses to function and sought a discussion on the matter.

Sources said the government is unlikely to agree to a discussion on the issue and will focus on getting its legislative business cleared.

The principal opposition Congress has said that it will reach out to like-minded parties to raise issues such as farm distress, Chinese “incursions”, demand for a relief package for COVID-19 victims, sale of Air India and the Pegasus snooping row during the session.

Parliamentary Affairs Minister Pralhad Joshi and Rajya Sabha Chairman M Venkaiah Naidu are set to chair separate meetings with floor leaders of political parties on Monday to ensure smooth functioning of the House during the session.

The session will begin with President Ram Nath Kovind’s address to a joint sitting of both houses in the Central Hall and chambers of both the Houses in view of the COVID-19 situation.

Finance Minister Nirmala Sitharaman will present the Economic Survey 2021-22 on Monday and the Union Budget on Tuesday.

The Budget session is being held in the shadow of the third wave of the COVID-19 pandemic and Lok Sabha and Rajya Sabha will return to separate timings with members seated in the chambers of both houses to ensure social distancing norms.

The Lok Sabha will take up the discussion on the Motion of Thanks on the President’s Address from Wednesday and Prime Minister Narendra Modi is expected to reply to the debate on February seven.

Lok Sabha secretariat officials said four days beginning February 2 have been provisionally allotted for the discussion on the Motion of Thanks on the President’s Address.

The first part of the Budget Session will be held from January 31 to February 11 after which it will go into a recess to examine the budgetary allocations for different departments.

The Session would resume on March 14 and conclude on April 8. The first part of the session will have 10 sittings while 19 sittings are scheduled for the second part.

Rajya Sabha Chairman M Venkaiah Naidu and Lok Sabha Speaker Om Birla this evening took stock of arrangements for the Budget session. The two met at the residence of the Vice President and both the presiding officers went over various issues for about 40 minutes.

The session offers only a seventy-nine and a half hours window for the government’s legislative agenda and for taking up issues of immediate public concern over the scheduled 29 sittings of both the Houses.

A total of 135 hours of sitting time is available for Rajya Sabha for transacting various items of business during the 27 sittings scheduled during February 2 to April 8, 2022 with 5 hours per day.

Rajya Sabha will have Zero Hour reduced by half to 30 minutes per day with a total time of 13 hours 30 minutes for raising issues of public importance besides laying of papers and reports during 27 sittings.

The timeshare of Question Hour will be 27 hours. A total of 15 hours’ time is scheduled for Private Members’ Business on six days.

This leaves only 79 hours 30 minutes for considering and passing Bills to be proposed by the Government besides discussing issues of immediate public concern under Calling Attention Notices and as Short Duration Discussions.

The Budget session beginning tomorrow is the sixth to be held since the outbreak of the COVID-19 pandemic in January 2020.