You are here
Home > DAILY BAWAL > “Brought Disgrace To All Of Us”: Trinamool Spokesperson On Bengal Minister 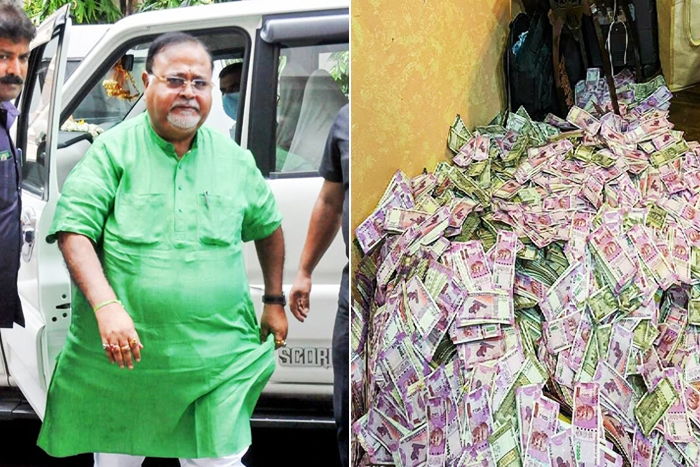 “Brought Disgrace To All Of Us”: Trinamool Spokesperson On Bengal Minister

New Delhi: As the cash mountain found at the flats of a close aide of Bengal Minister Partha Chatterjee grows higher, a Trinamool Congress spokesperson has said the senior leader has brought “shame and disgrace to all of us”.

A total of ₹ 50 crore in cash has been found at the two flats of Ms Mukherjee, besides about 5 kg gold and a huge amount of foreign exchange.

“This development is a matter of great concern. Such incidents have brought disgrace to the party and shame to all of us. He (Partha Chatterjee) is saying why he would quit as minister. Why is he not saying in the public domain that he is innocent? What is stopping him from doing that?” said party spokesperson Kunal Ghosh.

“He (Chatterjee) holds several portfolios as a cabinet minister. How he will shed the tag of being an influential person is for him to answer,” Mr Ghosh said.

Partha Chatterjee should be removed from ministry and all party posts immediately. He should be expelled.
If this statement considered wrong, party has every right to remove me from all posts. I shall continue as a soldier of @AITCofficial.

Mr Chatterjee is the minister for commerce and industry, parliamentary affairs, information technology and electronics, public enterprises and industrial reconstruction. The ED has described him in the Calcutta High Court as an “influential person”.

Mr Ghosh’s latest remarks hint at a change in Trinamool’s stance on its minister.

Shortly after Mr Chatterjee’s arrest on Saturday, Mr Ghosh had told the media that the party would not remove him as a cabinet minister or the secretary general of the Trinamool until he was proven guilty.

The Trinamool mouthpiece, “Jago Bangla”, has now stopped naming Mr Chatterjee as a minister or the party’s general secretary. However, his name remains in the printer’s line as editor of the mouthpiece.

The CBI, as per directions of the Calcutta High Court, is looking into the alleged irregularities in the recruitment of teachers in Bengal’s government-sponsored and aided schools. The Enforcement Directorate is tracking the money trail in the scam.

Mr Chatterjee was the education minister when the alleged irregularities took place.