You are here
Home > Sports Bawaal > Battle of the Blues: A 139-year cricket rivalry that transcends Sri Lankan society 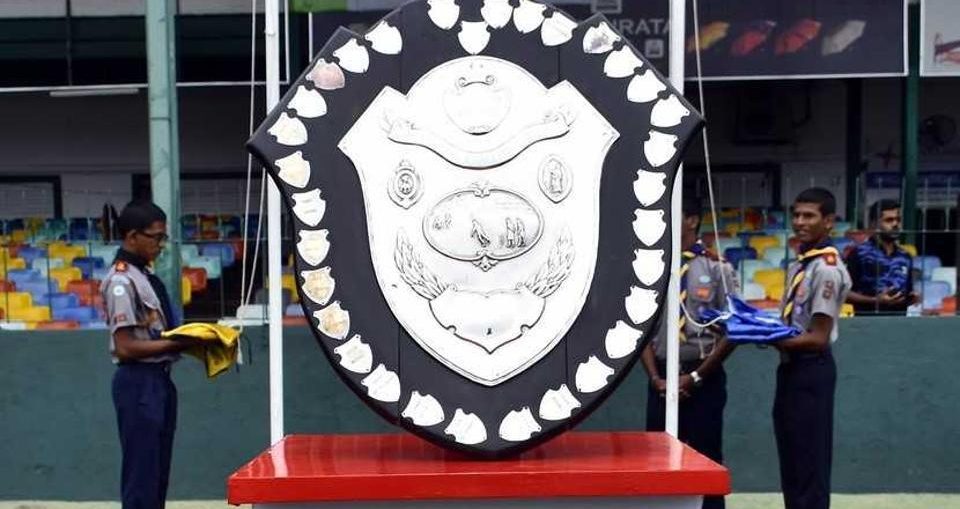 The annual cricket match between Royal College and St Thomas dubbed the ‘Big Game’ has survived WW2 and the ethnic strife and brings thousands of Sri Lankans together in friendly rivalry.

The ‘Battle of the Blues’ between Royal College and St Thomas is one of the biggest games in the Sri Lankan cricket calender.

The quaint Colombo Cricket Club ground fall on the way to the Test venue, Sinhalese Sports Club. Even from a kilometre away, one can faintly hear the drums. As one nears SSC, the drum rolls get louder and trumpets are blaring. At the Arjuna Ranatunga and Dr CH Gunaratne gates, fans are lined up in thousands with security personnel and the police out in force to maintain order.

Entering the ground, the atmosphere that greets you defines Sri Lanka’s passion for cricket. A capacity crowd of 28,000 is at the SSC. The papare bands and the cacophony make the atmosphere electric. Chants reverberate around the ground. Cheerleaders are dancing to the beat. But this not an international game, but a battle between two prestigious educational institutions, Royal College and St Thomas, dubbed the ‘Battle of the Blues’ or ‘Big Game’.

The rivalry between the two top schools of Sri Lanka is the second-longest uninterrupted rivalry in cricket, having started in 1879. It is just two years younger to the England-Australia Tests. The Ashes was interrupted by World War II but this annual encounter has gone on.

The Royal- Thomian rivalry is immense. When the Japanese were bombing Colombo in WW 2, matches between the sides were still played to capacity crowds. At the height of the ethnic conflict, the this cricket game gave Sri Lankan society something to smile.

In the weeks heading into the clash this weekend, Sri Lanka was in a state of emergency due to clashes in Kandy, but the Big Game was on. However, it was postponed by a day to mark the death of a Buddhist monk.

The camaraderie and friendship a Royal-Thomian game creates lasts for a long time. Mark Billimoria, warden of St Thomas College who has attended the ‘Big Game’ for 31 years, said: “The most important thing is win or lose, relationships between the schools is special. Whoever wins, there is rejoicing on both sides. The victors are definitely superstars in their schools, but will go back to their studies shortly. For a few weeks, they will enjoy the publicity.”

“You will not get a bigger crowd for a cricket game in Sri Lanka. From six-year-olds to people who are 90, all are present. There is no rivalry as such, it’s friendly rivalry. There is no Royal without a Thomian and no Thomian without a Royalist. This is how friendships and business deals are done in this place. Everybody in town is at the SSC. People from all over the world come.”

The Prime Minister of Sri Lanka, Ranil Wickremesinghe, an alumni of Royal College, walks in as an ordinary citizen and sits in the Mustangs, another batch of the college celebrating 100 years.

The first day saw a crowd of over 20,000 with the numbers swelling on the final day. In contrast, the India-Bangladesh game at the R Premadasa Stadium drew just over a thousand.

The atmosphere and set-up for the Big Game is amazing. In one enclosure near the scoreboard of the SSC, there are Royals and Thomians sledging each other.

The media coverage is huge. In most Sri Lankan papers, the Nidahas Trophy tri-series featuring India, Sri Lanka and Bangladesh is restricted to two columns with the rest of the sports pages dedicated to sporting rivalries between Sri Lankan schools.

Zulki Hamid, co-chairman of the media cell, sums it up: “When you look at Sri Lankan society, they are all cricket fanatics. They will carry this moment for the rest of their lives.”