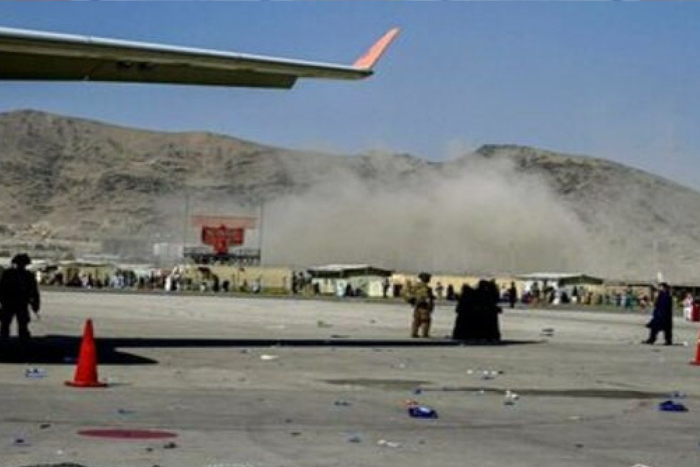 Around 160 Sikh and Hindu citizens of Afghanistan may have narrowly escaped Thursday’s twin blasts near the Kabul airport that killed several people. These members of the war-ravaged country’s minority communities have now taken refuge inside a Gurdwara, informed people have said.

Around 145 Afghan Sikhs and 15 Hindus were at the spot last night hours before the blasts at the Hamid Karzai International Airport in Afghanistan’s capital. They were looking to make their way out of the country following the takeover last week by the Taliban.

However, the group returned earlier on Thursday, sources said.

Suicide bombers struck the crowded gates of the airport with at least two explosion on Thursday evening, causing a bloodbath among desperate civilians hoping to flee.

A Taliban terrorist said at least 13 people, including children, were killed in the outrage. A surgical hospital run by an Italian charity said it was treating more than 60 wounded, according to a Reuters report.

Delhi Sikh Gurdwara Management Committee President Manjinder Singh Sirsa on Thursday said the group may have just about managed to escape the carnage.

“We thank the almighty that such thing didn’t happen yesterday,” he said, posting pictures of the explosions’ aftermath.

Mr Sirsa is also the national spokesperson of the Shiromani Akali Dal.