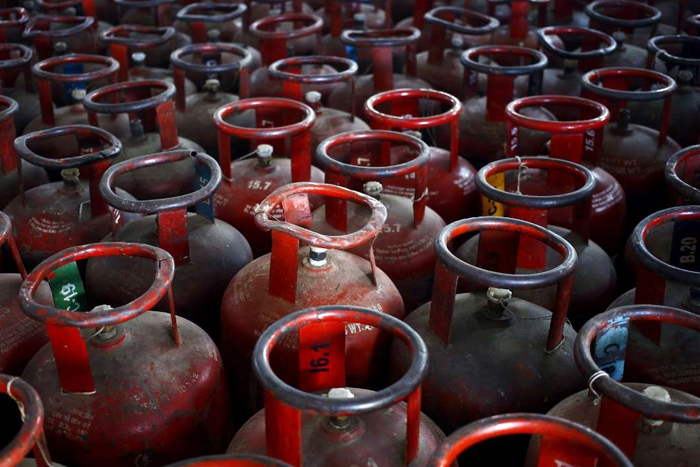 Ashok Gehlot said, “Prime Minister Narendra Modi provided the poor with LPG connections… But the cylinder remains empty, because the (cylinder) rates are now between ₹ 400 and ₹ 1,040”

The Rajasthan government will provide cooking gas cylinders at ₹ 500 for people under the poverty line and enrolled in the Ujjwala scheme, Chief Minister Ashok Gehlot said today in a big ticket announcement ahead of next year’s assembly elections. The Chief Minister made the announcement in presence of senior party leader Rahul Gandhi. In an implicit criticism of the BJP, he said his government would provide 12 cylinders a year to each of these families at less than half price.

Assembly polls are due in Rajasthan next year and the Congress is going all out to win a second consecutive term in the state. But more than governance, the party has drawn eyeballs for its infighting.

A fresh friction cropped up between Mr Gehlot and his former deputy Sachin Pilot earlier this month, just before Rahul Gandhi’s Bharat Jodo Yatra was to reach the state.

The announcement is seen as Mr Gehlot’s signal to Team Pilot that his position is secure and he will present next year’s election budget and lead from the front.

The government’s decision is expected to provide a fresh impetus to the debate over freebies and subsidy, which so far had been directed at Arvind Kejriwal’s Aam Aadmi Party.

The matter is pending in the Supreme Court, which, during a hearing in August, suggested that an all-party discussion be held on it.