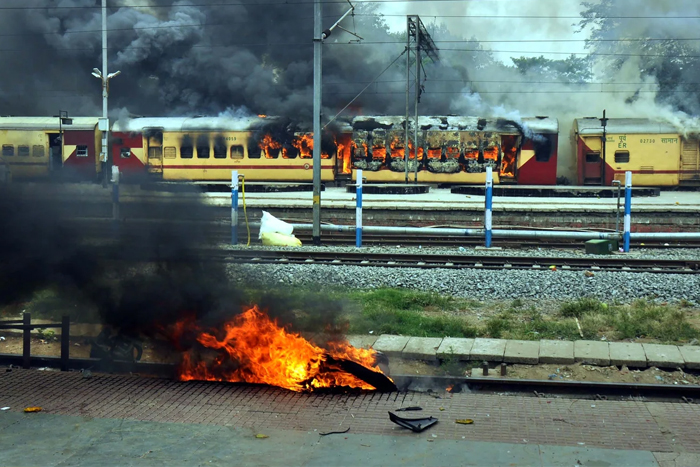 The 10-lakh-strong CAPF is one of the largest employment generating agencies under the home ministry.

The Ministry of Home Affairs (MHA) decides to reserve 10% vacancies for recruitment in CAPFs and Assam Rifles for Agniveers.

The announcement comes days after Union Home Minister Amit Shah announced that preference would be given to ‘Agniveers’ in the CAPFs. The Centre has already announced “one-time” change in the age limit for the new military recruitment scheme to 23 from 21. The decision was taken as no recruitment has taken place in the last two years.

As many as 73,219 posts are vacant in CAPFs and Assam Rifles, suggests Union Home ministry data. Besides, 18,124 posts are also vacant in police forces in Union Territories.

The 10-lakh-strong CAPF is one of the largest employment generating agencies under the home ministry.

The protests against the new short-term military recruitment scheme, Agnipath, has boiled into a major issue for the government with protests now spreading to eight states despite assurances by Defence Minister Rajnath Singh, Home Minister Amit Shah and the Army chief.

A person died in police firing in Telangama as mob set fire to trains and damaged properties, creating a security scare.

The protesters are unhappy with the changes in the new recruitment scheme, particularly the length of service and no pension provisions for those released early.

The government unveiled Agnipath on Tuesday — calling it a “transformative” scheme– for the recruitment of soldiers in the Army, Navy and the Air Force. The Congress, however, claims that the scheme is “controversial, carries multiple risks, subverts the long-standing traditions”, and may turn out to be a case of “penny wise and security foolish”.