You are here
Home > DAILY BAWAL > Apple iPhone 13 series launched: Everything you need to know 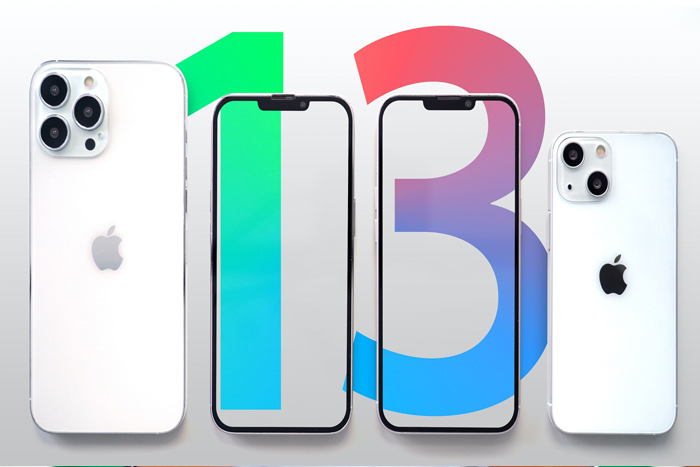 Apple iPhone 13 series launched: Everything you need to know

Apple today announced its much-anticipated iPhone 13 series, which once again features four variants with shuffled storage variants, new improvements both on the design front and under the hood. The new iPhone 13 and iPhone 13 Mini feature a diagonally placed dual-camera system and all the new four new phones are now powered by the Apple A15 Bionic chip, also coming straight with iOS 15.

All iPhones now start at 128GB storage for the base variant, and not just the Pro variants as we saw in the previous generation. Here’s all you need to know about the iPhone 13, iPhone 13 mini, iPhone 13 Pro, and iPhone 13 Pro Max, including price, specifications, features, and availability. You can also check a recap of the event in the embedded link below.

The Apple iPhone 13 mini is a follow up to the 12 mini and as the name suggests, features the most compact form of the new series. The iPhone 13 mini sports a 5.4-inch screen with a smaller notch. This is a Super Retina XDR display. The phone is powered by the Apple A15 Bionic chip and comes with based 128GB storage.

The iPhone 13 mini features a 12MP dual-camera setup on the back as well as a 12MP front camera. The camera now features the sensor-shift technology that was a part of the iPhone 12 Pro Max on the ultra-wide sensor.

The phone still gets the IR-powered Face ID facial recognition and now comes with a slightly larger battery that charges via a lightning cable. Prices for the iPhone 13 mini will start at Rs 69,900 and the device will be available in Midnight, Blue, Pink, Starlight and Product Red variants.

The standard iPhone 13 comes with a 6.1-inch Super Retina XDR display. You get the new smaller notch here as well but this variant is also limited to 60Hz refresh rate. The iPhone 13 is also powered by the A15 Bionic chip and will be available starting from 128GB storage.

The iPhone 13 will also feature 12 MP dual camera setup on the back of the phone along with a 12MP camera on the front. The two cameras are now also diagonally placed. The camera also features the sensor-shift technology that was a part of the iPhone 12 Pro Max.

The phone will feature an IR-based Face ID and will come with a larger battery that charges via a lightning cable. There is also IP68 water resistance. Prices for the iPhone 13 will start at Rs 79,900 and the device will be available in Midnight, Blue, Pink, Starlight and Product Red variants.

The iPhone 13 Pro also comes with a 6.1-inch panel, but it’s an LTPO Apple ProMotion 120Hz Super Retina XDR panel that can dynamically shift between 10Hz and 120Hz refresh rate based on what’s going on on the screen. This gives users a smooth experience for scrolling, opening/closing apps, and other transitions while preserving battery life.

The iPhone 13 Pro is powered by the new Apple A15 Bionic chip. Camera features include Night Mode on all cameras, Smart HDR 4, and popular features like Deep Fusion, Apple ProRAW, and Portrait mode with Portrait Lighting.

A new cinematic mode for videos also lets users record clips with a bokeh effect and change the depth-of-field after recording. Videos now also support the ProRes code. The iPhone 13 Pro starts at Rs 1,19,900 and will be available in graphite, gold, silver, and the all-new sierra blue colour variants.

The top-of-the-line variant for this year, the iPhone 12 Pro Max comes with a large 6.7-inch Super Retina XDR screen and also features The ProMotion 120Hz LTPO panel that can dynamically change the refresh rate from 10Hz to 120Hz.

Support for ProRes video and cinematic mode for videos is present here as well and users can record clips and add customised depth-of-field for bokeh later on. The price of the iPhone 13 Pro Max starts at 1,29,900 and the phone will be available in graphite, gold, silver, and sierra blue colours.