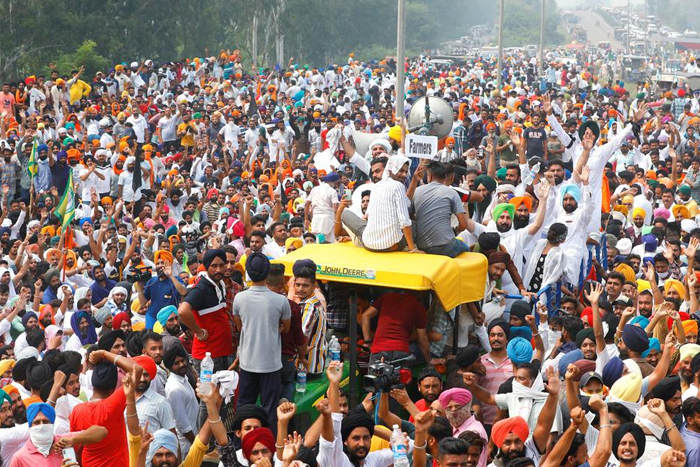 Farmer protests: Sources said farmers’ unions were given a presentation on the bills on Tuesday and a proposal will be sent to farm leaders today with written amendments that the government intends to carry out

Union Home Minister Amit Shah’s meeting with protesting farmers on Tuesday evening – indicating the involvement of the government’s highest level to resolve the deadlock over the contentious farm laws – failed, with both sides remaining firm on their positions. The farmers refused to accept the government’s offer of amendment in the laws, sticking to their demand for a complete scrapping. The big meeting scheduled for today with Agriculture Minister Narendra Singh Tomar – the sixth since the protests started – has been called off.

Sources said farmers’ unions were given a presentation on the bills on Tuesday and a proposal will be sent to farm leaders today with written amendments that the government intends to carry out.

The farmers’ meeting will be held at noon at the Singhu border, where thousands have been camping for more than 10 days, demanding scrapping of the three new laws which they fear will shrink their income and leave them at the mercy of corporates.

“We’ll hold a meeting over the draft that will be sent by the centre. That meeting (talks with the government) is cancelled. The draft will be discussed and the further course of action will be decided. We hope things will be clear by 4 or 5 pm today”  Rakesh Tikait, spokesperson of the Bhartiya Kisan Union, said today.

The offer of amendment in the laws was made at the last couple of meetings between the centre and the farmers, which was turned down by the farmers. There was expectation that the government might be making a fresh proposal. The government, however, made it clear that there has been no rethink on its last stated position.

The Home Minister’s invite came earlier on Tuesday amid a nationwide shutdown called by protesting farmers. The protest, which had the support of most opposition parties, trade and transport unions and a wide section of organisations, had hit road and rail traffic in parts of the country and shut down markets.

Eight farmer leaders were called for the meeting, which started around 9 pm at Pusa Institute, located in a secluded corner of the national capital to keep out the media glare. The biggest farmers’ union of Punjab, the Bharatiya Kisan Union Ugrahan, was not invited for the meeting.

Sources said the government is keen that the farmers accept the offer of amendments to the new farm laws. An acceptance would be a face-saver for the government, which has been under huge criticism over the issue.

On Monday, former BJP ally and NDA founder-member Parkash Singh Badal wrote to Prime Minister Narendra Modi and advised him stay away from confrontation with the farmers. In a letter, he had cited the days of Emergency and said an amicable solution through consensus among the stakeholders was the hallmark of democracy.