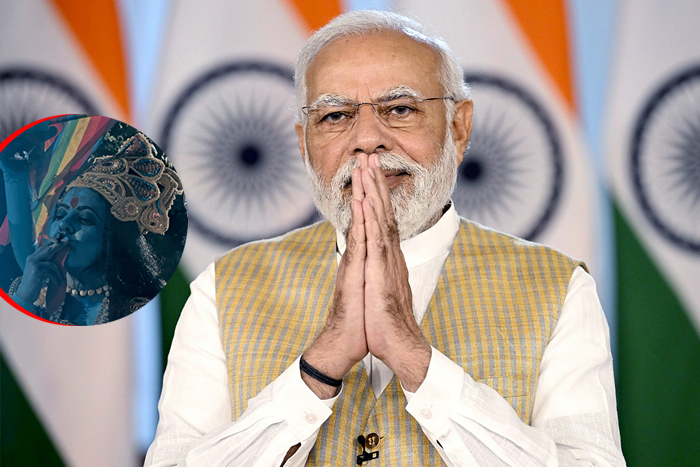 “Swami Ramkrishna Paramhansa was one such saint who had a clear vision of Maa Kali. This whole world, the variable as well as the constant, everything is pervaded by the consciousness of the Mother. This consciousness is seen in the Kali Puja of Bengal,” said the PM as he referred to the devotion of Swami Paramhansa, Swami Vivekananda and Swami Atmasthananada, the 15th head of R K Mission, to Kali and how it inspired them to take initiatives for the good of the community.

“Our sages have shown us that when our thoughts are broad, we are never alone in our endeavours. You will see life journey of many such saints on the soil of Bharatvarsha who could accomplish great endeavours with zero resources,” said the PM, adding “when individual sages can do so much, there is no goal that cannot be accomplished by the collective resolve of 130 crore countrymen.”

The remarks came against the backdrop of a raging controversy over TMC MP Mahua Moitra’s remarks amid a row over a Canadian filmmaker’s portrayal of Goddess Kali as a smoker with a LGBTQ flag. The TMC MP said that Kali is worshipped in different forms, and said that some of the devotees even offer her wine and meat. Her remarks, seen as supportive of the portrayal of Kali in the Canadian production drew flak from not just political opponents but also her own TMC.