You are here
Home > DAILY BAWAL > A breakdown, and the rise of farmer leader Rakesh Tikait 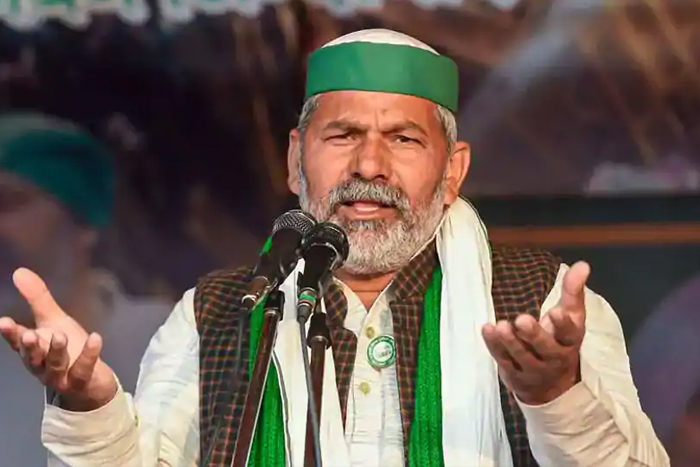 A breakdown, and the rise of farmer leader Rakesh Tikait

The younger Rakesh Tikait has also had a none-too-illustrious political career. He contested the 2007 UP Assembly elections from the Khatauli seat with Congress support – only to finish a distant sixth.

Rakesh Tikait is a most unlikely adversary of the ruling dispensation at the Centre. The 51-year-old Delhi Police constable-turned-farmer leader admits to have voted for the BJP in the 2019 Lok Sabha elections. So did most in his Jat community-dominated village of Sisauli in Uttar Pradesh’s Muzaffarnagar district – not the least because of its candidate, Union minister Sanjeev Kumar Balyan, belonging to the same Baliyan Khap (clan) headed by Rakesh’s elder brother Naresh Tikait.

The younger Tikait has also had a none-too-illustrious political career. He contested the 2007 UP Assembly elections from the Khatauli seat with Congress support – only to finish a distant sixth. In the 2014 Lok Sabha polls, he fought on a Rashtriya Lok Dal (RLD) ticket from Amroha and lost his deposit after polling a mere 9,539 votes.

Even in the current stir against the Narendra Modi government’s agricultural reform laws, the farmers from Tikait’s Bharatiya Kisan Union (BKU) were, till quite recently, numerically less at the Delhi-UP Ghazipur border protest site compared to those mobilised by his rival V.M. Singh of the Rashtriya Kisan Mazdoor Sangathan. There are some who claim Tikait was actually “promoted” by the Centre to neutralise the more belligerent farmer unions from Punjab and Haryana.

But all that has changed after Tikait’s Thursday evening speech at Ghazipur, refusing to follow the local administration’s orders to vacate the site and court arrest. As videos of his breaking down and threats of hanging himself if the farm laws weren’t repealed went viral, “har kisan roya aur sabhi ko Mahender Singh Ji yaad aaya (every farmer cried and remembered his father and BKU founder Mahendra Singh Tikait)”, said Rajvir Singh Mundet, a Shamli-based social worker and activist.

Also, with VM Singh pulling out of the agitation, Rakesh has now become western UP’s undisputed kisan neta. His stock has further risen with RLD chief Chaudhary Ajit Singh – with whom the Tikaits have shared a blow hot and cold relationship – personally calling up the same night and support also coming in from Jat leaders of neighbouring states, including Indian National Lok Dal’s Abhay Singh Chautala and Rashtriya Loktantrik Party’s Hanuman Beniwal.

“That single emotional act – everyone saw his humiliation by a vindictive government as their own – has united our entire farming community not only in West UP, but also Haryana, Punjab, Rajasthan and Delhi. This has never happened since 1987-88,” added Mundet.

That was the time when Mahendra Singh Tikait launched, to begin with, a four-day dharna at the Karmukhera Power House in Muzaffarnagar in January 1987 against the state government’s hiking electricity tariffs by a third. This was followed one year later by a 24-day gherao of the Meerut Commissionerate (for increasing the official sugarcane price from Rs 27 to Rs 35/quintal) and, finally, the week-long rally of half-a-million farmers at New Delhi’s Boat Club lawns in October 1988.

However, veteran journalist Harvir Singh felt that the contexts are different.

The seventies and eighties were a period of relative prosperity for farmers, with improved crop yields from newly bred wheat and sugarcane varieties. There were government jobs – whether in the Army and police or as schoolteachers and village level workers – even for those with basic education, which itself was cheap. “The BKU’s agitations then were only to defend those gains,” he pointed out. The ongoing protests, by contrast, are by farmers who, having seen better times, are today on a sliding path.

There’s no better symbol of that than sugarcane.

The Yogi Adityanath-led BJP government in UP, since it came to power in March 2017, has increased the state advised price (SAP) of cane by just Rs 10 per quintal to Rs 315-325. The SAP for the 2020-21 season has not even been announced despite mills undertaking crushing operations since end-October. On top of it, they owe farmers over Rs 12,000 crore against cane purchases made in the current as well as the previous season.

In UP, the real source of farmer anger – more than the Centre’s three reform laws – is sugarcane, apart from the doubling of electricity charges (for both irrigation pumps and domestic connections), diesel turning around Rs 10/litre dearer in the last one year alone, and the collateral damage from the Adityanath government’s stringent anti-cattle slaughter measures. And they have seemingly chosen Rakesh Tikait to lead their cause, like his father did three decades ago.