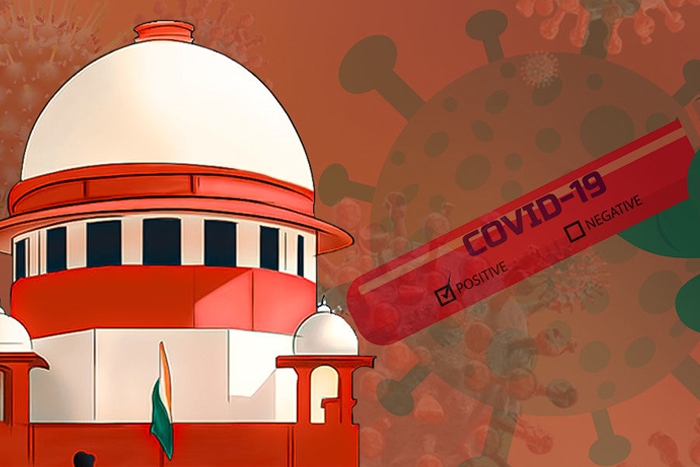 The entire court premise, including courtrooms, is now being sanitized, sources have said.

India’s spiraling Covid-19 crisis has hit the Supreme Court in a big way with up to 50 per cent of its staff testing positive for the disease. The hearings will now be held via video conferencing from home, sources have informed. The entire court premise, including courtrooms, is now being sanitized, they said. The various benches will today sit an hour later than their scheduled time.

“Most of my staff and law clerks have tested positive,” one judge told. Some judges had contracted Covid earlier but recovered subsequently.

India is experiencing a ferocious new wave of the pandemic with around 10 lakh new cases being reported over the past week. Today was the sixth consecutive day it reported over a lakh daily cases with 1,68,912 new infections — the highest ever daily surge till now. Up to to 904 people died of Covid-related issues in the past 24 hours, according to the latest Health Ministry data published this morning.