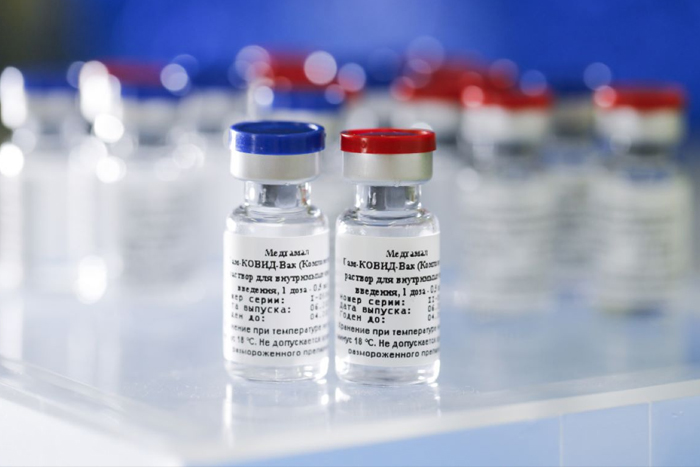 As India sees an unprecedented record surge in cases, Sputnik V becomes the third coronavirus vaccine to be cleared by the drug regulator.

Russia’s Covid vaccine Sputnik V has been cleared for emergency use by India’s drug regulator – the Drugs Controller General of India (DCGI).

As India sees an unprecedented surge in cases, Sputnik V becomes the third coronavirus vaccine to be cleared by the drug regulator. Two vaccines – the Serum Institute of India’s Covishield and Bharat Biotech’s Covaxin – were cleared in January.

In a statement, the Russian Direct Investment Fund or RDIF (Russia’s sovereign wealth fund) said that India has become the 60th country to approve the two-dose vaccine. The RDIF has reached agreements with five pharmaceutical firms in the country – Gland Pharma, Hetero Biopharma, Panacea Biotec, Stelis Biopharma, Virchow Biotech – aimed at production of more than 850 million doses per year. But limited doses are likely to be manufactured by April-end; production will be ramped up gradually.

“Sputnik V ranks second among coronavirus vaccines globally in terms of the number of approvals issued by government regulators,” the statement read.

Manufactured in India by Dr Reddy’s, it has the highest effectiveness – 91.6 per cent — after the Moderna and Pfizer shots. Dr Reddy’s had applied on February 19 for emergency use of the vaccine, which is in Phase 3 of clinical trials in India. It was recommended for use by the Subject Expert Committee (SEC) of the Central Drugs Standard Control Organization on Monday.

India kicked off the world’s largest inoculation drive on January 16 and more than 10 crore doses have been administered so far. However, many parts in the country are fighting a fresh Covid wave and several state governments have said they’re running low on vaccine stocks.

With 1.36 crore total infections so far, India has the second-highest number of cases in the world after the United States.

Sputnik V works on the principle of a weakened Covid virus delivering parts of a pathogen that triggers an immune response in the body. In India, Sputnik V trials are on for around 1,600 people between 18 and 99. Dr Reddy’s partnered with the Russian Direct Investment Fund (RDIF) last September to carry out the trials.

“India is a vaccine-manufacturing hub and our strategic partner for production of Sputnik V. RDIF has created partnerships with a number of India’s leading pharmaceutical companies for production of Sputnik V which will provide for both vaccination of the population in India and global distribution of the Russian vaccine. Over 850 million doses of Sputnik V are going to be produced in India annually sufficient to vaccinate more than 425 million people around the world,” Kirill Dmitriev, CEO of the Russian Direct Investment Fund, said.