You are here
Home > DAILY BAWAL > 4 months on, India and China to sit across table. Rajnath meeting today the first 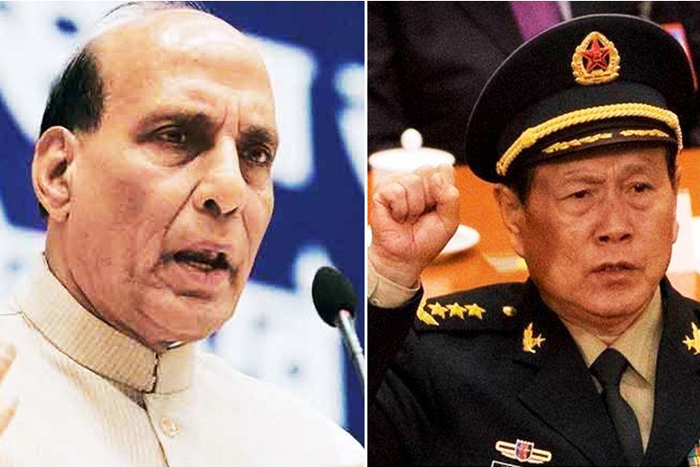 According to sources based in Moscow and Delhi, the meeting was arranged at the behest of both sides mutually to find a way out of the current stalemate in Ladakh with both the Indian Army and PLA deployed in full strength to counter each other.

In a bid to break the deadlock in Ladakh, defence minister Rajnath Singh is scheduled to meet his Chinese counterpart, General Wei Fenghe, on Friday evening on the sidelines of the Shanghai Cooperation Organisation (SCO) ministerial in Moscow. This is the first major political contact between India and China since the People’s Liberation Army (PLA) unilaterally changed the status quo on the Line of Actual Control (LAC) in May 2020 in east Ladakh.

According to people familiar with the developments in Moscow and Delhi, the meeting was arranged at the behest of both sides mutually to find a way out of the current stalemate in Ladakh with both the Indian Army and PLA deployed in full strength to counter each other. That the Ladakh stand-off will be the topic of discussion is evident from the presence of ministry of external affairs joint secretary (East Asia) Naveen Srivastava in Moscow on Friday. Srivastava has held a series of conversations with his Chinese counterpart under the working mechanism for consultation and coordination on India-China border affairs towards disengagement and de-escalation of the PLA in the contested sectors.

The meeting between two defence ministers is crucial as Rajnath Singh is number two in the Narendra Modi government and a former BJP president, Gen Wei, a former missile force commander, is a state councillor and member of the all-powerful Central Military Commission. The CMC, headed by chairman President Xi Jinping, controls the PLA. with the President as commander-in-chief.

After this meeting, External Affairs Minister Subrahmanyam Jaishankar is expected to meet his Chinese counterpart Wang Yi at the same platform in Moscow on September 10. The ministerial-level meeting between India and China comes at a time when PLA and the Indian Army are locked in a tense posture in Ladakh and occupied Aksai Chin with the former trying to impose 1960 claim map (demarcated by a green line) on the ground and the latter clear that its claim line (demarcated by a black line) is the true LAC.

While PLA initially had made gains on the ground north of Pangong Tso in May and June, the Indian Army has nullified the dominance by repositioning on the heights overlooking Finger four on the lake and make tactical gains on south banks of the contested lake by pre-empting the Chinese troops.

“It is a game of pressure and time. The first one who blinks loses the match. The only way out is that both sides restore status quo ante and walk out of the military cul de sac respectfully,” said a military commander.