You are here
Home > DAILY BAWAL > 26/11: Timeline of Mumbai’s night of terror 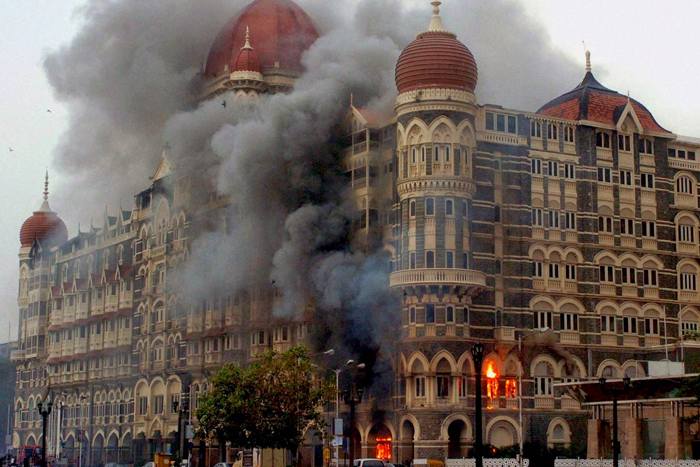 Today is the 13th anniversary of the November 26, 2008, terror attacks in the country’s financial capital.

Total 166 people, including security personnel, lost their lives, while nine of the terrorists were gunned down by the National Security Guard (NSG) and Mumbai Police. Ajmal Kasab, the only terrorist captured alive, was convicted and sentenced to death. Kasab was hanged on November 21, 2012, five days before the fourth anniversary of the attacks, which lasted for four days.

Here’s a brief sequence of events:

November 26: The 10 Lashkar terrorists arrive in Mumbai from Karachi on speedboats. Late evening, first reports begin streaming in from the metropolis. Though the initial reports state that a ‘gang war’ is going on, it soon becomes clear that this is a terrorist attack.

Four of the terrorists enter the Taj, two enter the Trident, while two others enter the Nariman House. The remaining two, including Kasab, open fire at the CSMT, killing 58 people and injuring more than 100. Kasab and his partner, Ismail Khan, then move towards the Cama Hospital. On the way, they ambush and kill six police officials, including then Mumbai Anti-Terror Squad (ATS) chief Hemant Karkare, Vijay Salaskar and Ashok Kamte.

The duo then flee in the officers’ jeep but are intercepted by the Mumbai Police. In the ensuing scuffle, Khan is killed while Kasab is arrested. Constable Tukaram Ombale is killed in action.

November 28: Commandos finish the operation at the Trident, as well as Nariman House.

November 29: The attacks come to an end with the NSG securing the Taj.

The attacks led to a spate of resignations, with then Union home minister Shivraj Patil and Maharashtra chief minister Vilasrao Deshmukh, among others, stepping down.