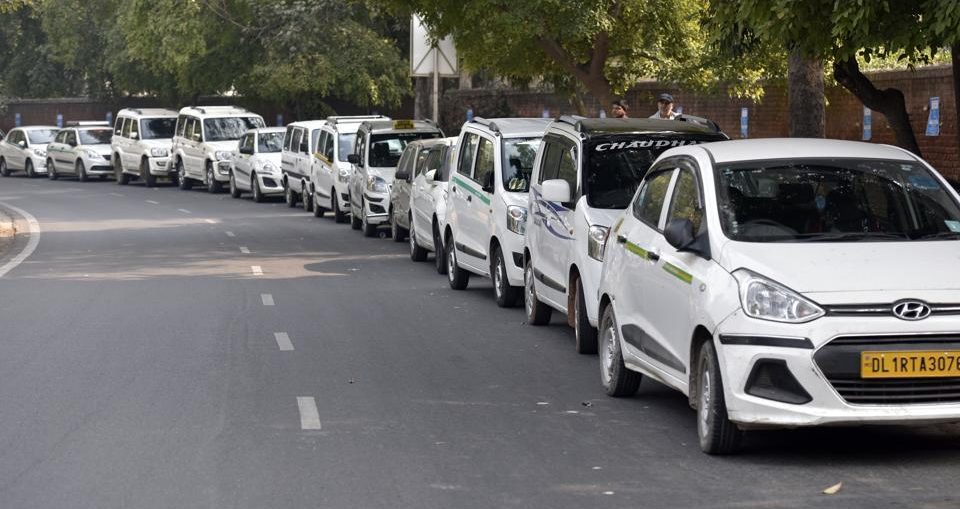 Commuters struggle during morning peak hour; scarcity of black-and-yellow taxis, owing to greater demand; Delhi and Bengaluru to be hit

Ola and Uber taxi strike against withdrawal of driver incentives, and other demands at Tolstoy Marg near Jantar Mantar in New Delhi, India.

There were very few Ola and Uber cabs on the city’s streets on Monday morning, as the drivers of these app-based taxi aggregators began their indefinite strike on Sunday midnight.

The drivers want the aggregators to ensure they get the assured income of Rs1.25 lakh every month.

There are around 50,000 app-based cabs that operate in Mumbai Metropolitan Region; the union claims the figure is 1.10 lakh. Of these, Ola and Uber collectively own approximately 10,000 vehicles.

Commuters complained that the Ola and Uber apps are showing very few cabs available compared to other days, so there’s also a huge delay in the cabs’ arrival time once the booking is done.

Consequently, there is a scarcity of black-and-yellow taxis, owing to greater demand, and many Mumbaiites heading to work on Monday morning struggled to find cabs,especially for shorter distances.

The state transport department seems to have made no special arrangements for city commuters, despite knowing about the strike.

Sanjay Naik, leader of MNVS, blamed Ola and Uber for building dreams among drivers that they would get high returns, when they are barely earning Rs25,000 to Rs30,000 per month compared to Rs1.25 lakh that they were allegedly assured they would earn. “The drivers are going through a crisis similar to the state’s farmers,” Naik said.

The two aggregators have approached the Mumbai police for security for their offices, vehicles and drivers.

Meanwhile, the unions are circulating messages on social media asking the drivers to stay off roads and support the strike.

The strike is expected to be observed in other key cities like New Delhi, Bengaluru, Hyderabad and Pune.

Soldier, civilian killed in Kulgam encounter in Kashmir, gunbattle on