You are here
Home > DAILY BAWAL > Govt plans change in definition of ‘children’, to ensure proper maintenance for aged parents 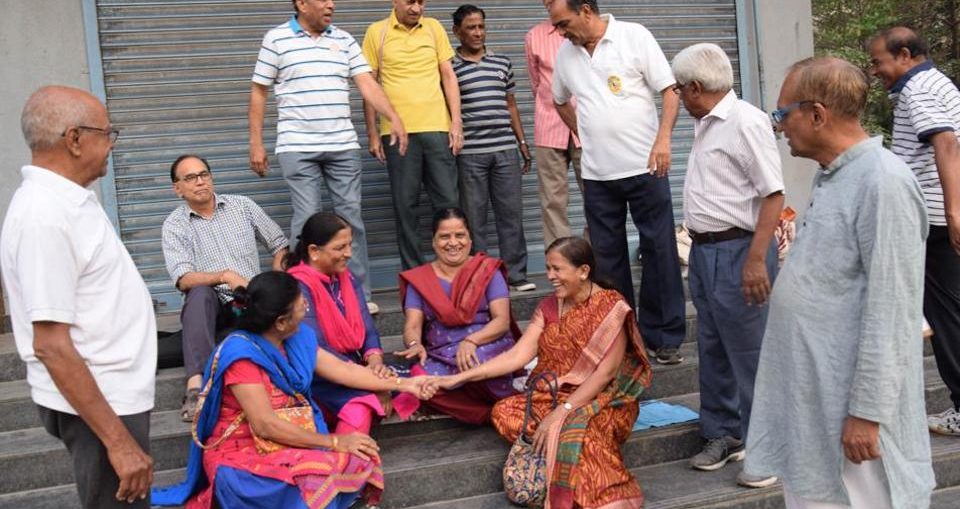 The ministry of social justice and empowerment has proposed doing away with the Rs 10,000 ceiling currently in place, and wants to link the amount to the sources of income of the senior citizens and their children.

A senior citizens’ group in Pune. India has 104 million people over the age of 60, according to the 2011 Census. Anecdotally, the number of instances of senior citizens being abandoned by their children is on an increase.

India is considering widening the definition of children and removing the cap on maintenance payable to senior citizens through proposed changes in a law on the welfare of senior citizens.

The ministry of social justice and empowerment has proposed doing away with the Rs 10,000 ceiling currently in place, and wants to link the amount to the sources of income of the senior citizens and their children, a government official familiar with the matter said on condition of anonymity.

According to this person, the ministry has recommended widening the definition of children to include adopted or step children, sons-in-law and daughters-in-law, grandchildren, even minors represented by their legal guardians. Currently, the term includes only sons, daughters, and grandchildren, excluding minors.

India has 104 million people over the age of 60, according to the 2011 Census. Anecdotally, the number of instances of senior citizens being abandoned by their children is on an increase, although the National Crime Records Bureau doesn’t track this.

The proposal will now be sent to the union cabinet for approval. It follows feedback from senior citizens and non-government organisations (NGOs) working with the disadvantaged elderly on the need to revisit the conditions for payment of the allowance under the Maintenance and Welfare of Parents and Senior Citizens (MWPSC) Act, 2007.

After the MWPSC was enacted in 2007, tribunals were constituted to enforce its provisions including payment of the maintenance allowance.

Senior citizens can file an application before these tribunals to claim maintenance and seek relief if their assets and immovable property are forcibly taken over by their children or other relatives.

Alongside widening the definition of children, the ministry of social justice and empowerment has suggested that any person (whether a child or a relative of a childless senior citizen), who has the means will have to look after the senior citizen or parent, even if they are not in possession of their property.

According to the official cited above, maintenance of such senior citizens has hitherto been the duty of children or other caretakers only if they were in possession of their property or were likely to inherit it.

“The definition of senior citizen itself has been clarified; those who have attained the age of 60 are senior citizens and will be eligible for all benefits meant for the category. This has been specified in the wake of complaints that some airline and insurance schemes were arbitrarily fixing the minimum age,” the official said.

Among the other suggestions made by the ministry are extending the right of appeal against a decision by the tribunal to the respondents. Earlier, only senior citizens could file an appeal against an order.

Commenting on the changes suggested by the ministry, Mathew Cherian, chief executive officer of the NGO HelpAge India said the government should first ensure implementation of the law and help spread awareness of its provisions.

“It has been 10 years since the law was passed, but there are lacunae in implementation. Even the posters or advertisements put out for awareness do not clearly explain the provisions of the Act to senior citizens,” Cherian said.

In January, HelpAge came out with a preliminary study conducted in Tamil Nadu, Punjab, Haryana and Kerala based on 115 petitions filed by senior citizens with maintenance tribunals to show that only 57% of the cases filed, including complaints of abuse of elderly, neglect, forceful possession of property, had been settled while 33% were still pending. The report said repeated visits to the tribunals set up for dealing with these cases was cited as a problem by 42% of the respondents. An equal proportion complained of delays in hearings on the appointed dates.

Few better partners than US, and you can trust us: PM Narendra Modi