You are here
Home > DAILY BAWAL > With pullback in Depsang & Pangong stalled, military talks with China to be held today 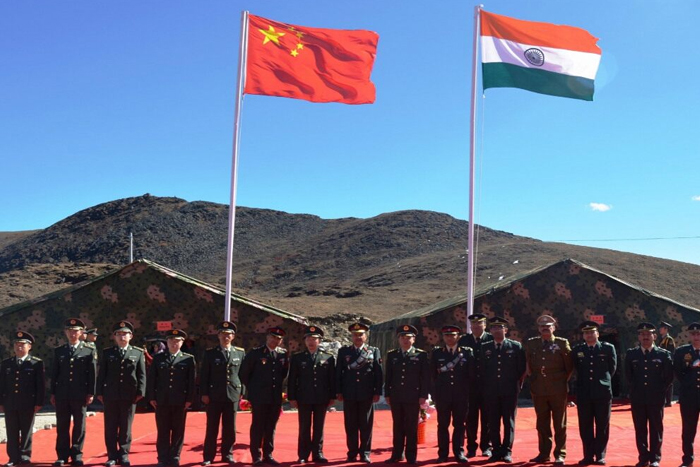 NEW DELHI: Amidst Chinese troops showing no signs of pulling back from Pangong Tso and Depsang Plains in eastern Ladakh, while also continuing to increase deployments along the Line of Actual Control right till Arunachal Pradesh, the next round of corps commander-level talks will now be held on Sunday.

India earlier “did not insist” on holding the fifth round of talks between 14 Corps commander Lt General Harinder Singh and South Xinjiang Military District chief Major General Liu Lin on July 30, as was initially proposed, in view of China’s “continuing intransigence” on the ground.

But with China calling for the meeting late on Saturday evening, it will now be held on the Chinese side of the Chushul-Moldo side of the border personnel meeting (BPM) point on Sunday afternoon. This comes after India’s high-powered China Study Group held a meeting this week to fine-tune the strategy. Officials say there could be two reasons for the People’s Liberation Army (PLA) to drag its feet on troop disengagement at Pangong Tso and Patrolling Point (PP)-17A at Gogra.

The PLA, for one, could still be contemplating whether it should implement the disengagement proposals it had agreed to during the fourth round of military talks on July 14. “It does take time to finalize what is acceptable and what is not, along with the requisite political approvals,” said a senior official.

“But the other reason could be that the PLA is simply biding time to present us with a fait accomplice once winter sets in. Either way, we are prepared for the long haul. Restoration of status quo ante is not on the cards as of now,” he added.

The Army has already kicked off the massive logistical exercise for “advance winter stocking”, with rations, specialized clothing, prefabricated shelters, arctic tents and other equipment to maintain its well over 30,000 troops deployed in Ladakh, as was reported.

Both sides have gone in for troop, artillery and armour build-ups in “depth areas” in all the three sectors of the 3,488-km LAC – western (Ladakh), middle (Uttarakhand, Himachal) and eastern (Sikkim, Arunachal). “Other than Ladakh, the other areas are quiet with normal troop movements,” said another official.

The PLA of course has resolutely dug in on the north bank of Pangong Tso, refusing till now to pull back eastwards from the 8-km stretch it has occupied from Finger-4’ to Finger-8’ (mountainous spurs) by building scores of new fortifications there since early-May. Chinese soldiers did initially withdraw to Finger-5 from the ‘base’ of Finger-4, but did not fully vacate the ridge-line that dominates the area.

The troop disengagement has been fully completed only at PP-14 in Galwan Valley, the site of the June 15 skirmish, and PP-15 in Hot Springs. The Depsang Plains, a table-top plateau to the north of Galwan, also remains a major hotspot due to its strategic location providing access to the logistical hub and airstrip at Daulat Beg Oldie and the critical Karakoram Pass in the north.

PLA troops, camping near the “Bottleneck” area in Depsang,continue to block Indian soldiers from going to their traditional PPs-10, 11, 12 and 13 after intruding deep into what India considers its territory there. “The immediate priority, however, is the PLA pull-back at Pangong Tso and Gogra. Depsang, where the rival perceptions of LAC vastly overlap, will be tackled later,” said the official.