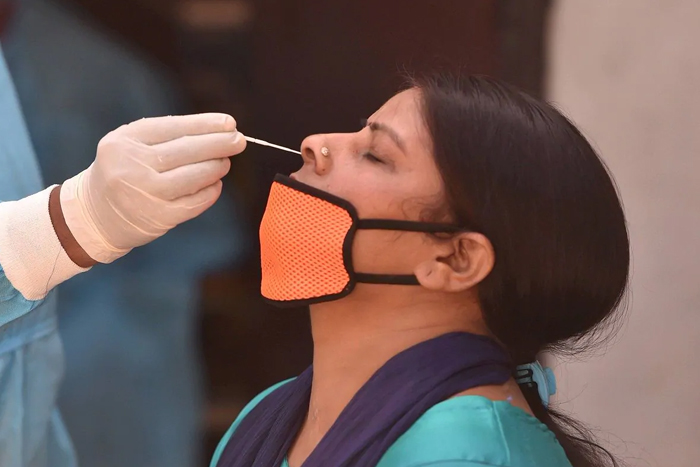 India Coronavirus Cases: The centre has assured that “oxygen demand and supply is being monitored round the clock”.

Swept by a brutal second Covid wave, India saw a record spike in infections with 3.14 lakh new cases, the world’s biggest-ever daily surge, taking the caseload to 1.59 crore. In another grim record, 2,104 Covid deaths were recorded since yesterday.

Here is some point cheat sheet on this big story:

India is facing one of the biggest health challenges in the recent years with the shortage of medical oxygen, hospital beds and anti-viral drug Remdesivir, used in the treatment of Covid. The fresh surge surpasses the previous highest one-day rise in the world of 2,97,430 cases posted by the United States in January, news agency Reuters reported. 1.84 lakh people have died so far.

The centre has assured that “oxygen demand and supply is being monitored round the clock”. Health Minister Harsh Vardhan in a tweet last night said the government has increased “quota of oxygen” for seven states- Maharashtra, Madhya Pradesh, Haryana, Punjab, Andhra Pradesh, Uttarakhand and Delhi.

In Delhi, desperate oxygen crisis resonated in the High Court on Wednesday. Hitting out at the centre, the court said: “How is the government so oblivious to the reality on ground? You can’t have people die because there is no oxygen.” The High Court further told the government: “Beg, borrow, steal… it’s your job.”

Even as many states have announced fresh restrictions, PM Modi on Tuesday, while addressing the nation, said that “lockdown should be the last resort”. The alarming surge in infections comes despite efforts to step up vaccine coverage. 13.22 doses have been administered so far. The vaccine net will be widened to all people above 18 from May 1.

Amid the country’s fight against a deadly virus, death of 24 people at a hospital in Maharashtra’s Nashik on Wednesday shocked the nation. An oxygen tanker leaked outside the hospital, disrupting supply to patients for around 30 minutes. Prime Minister Narendra Modi defined the tragedy as “heart-wrenching”.