You are here
Home > DAILY BAWAL > “Who Is He?”: Doctors Mark ‘Black Day’ Against Ramdev’s Allopathy Remarks 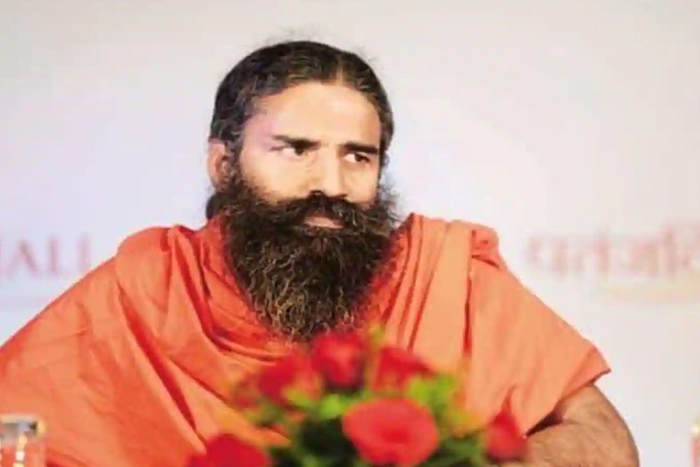 “Who Is He?”: Doctors Mark ‘Black Day’ Against Ramdev’s Allopathy Remarks

In a widely shared video last week, Ramdev is heard saying at an event, “Lakhs of people have died because of allopathic medicines, far more than those who died because they did not get treatment or oxygen.”

Doctors across the country are observing a “Black Day” today in protest against Yoga guru Ramdev’s alleged remarks on allopathy where he apparently called modern medical treatments “stupid”. Various medical associations have demanded an “unconditional open public apology” for Ramdev’s alleged “insensitive and derogatory” comments that more people died of modern medicine during the coronavirus pandemic than the deadly disease itself.

The Federation of Resident Doctors Association (FORDA), that had called for the protest, said that even after raising objections to Ramdev’s statements, “no action has been taken yet.”

FORDA President Dr Manish says the protest is not against Ayurveda but Ramdev.

“We don’t want any kind of debate with Ramdev. Who is he? He is a layman. Ramdev has only made his business in this pandemic,”

“Doctors have worked through the pandemic day and night. They have lost lives. We are expecting more than 10,000 doctors to participate. We will go to any extent, we can go to court also,” he added.

The Indian Medical Association (IMA) – the country’s topmost body of doctors – has also extended support to the protest where doctors will wear black badges at the workplace.

In a widely shared video last week, Ramdev is heard saying at an event, “Lakhs of people have died because of allopathic medicines, far more than those who died because they did not get treatment or oxygen.”

Ramdev’s Patanjali group – one of India’s biggest Ayurvedic businesses – was prompt to defend its boss and said the video had been edited and the statement “taken out of context”. Ramdev has “no ill-will against modern science and good practitioners of modern medicine”, the group said.

Till now it was still tolerable but this video by Ramdev has crossed all limits. I am not against Ayurveda but this fraud man is making serious allegations now!Considering the following this bigot has,he is nothing less than a pandemic now ! He should be taught his limits ASAP ! pic.twitter.com/d0twVO4ZNc

Facing backlash over his comments and a letter from Union Health Minister Dr Harsh Vardhan, the saffron-robed Yogi withdrew his statement soon after.

“Received your letter Dr Harsh Vardhan. In that context and to end the whole controversy over the conflict of different treatments with regrets, I am withdrawing my statement,” he tweeted, hours after Union Health Minister Harsh Vardhan asked him to take back the remarks.

The Indian Medical Association (IMA) has also sent a notice to the 55-year-old asking him to apologise for the remarks within 15 days. If he fails to do so, the top doctors’ body said a compensation of ₹ 1,000 crore will be demanded from him for defamation.

Patanjali has said it will give a “befitting reply” legally to the defamation notice.

The IMA also urged Prime Minister Narendra Modi to take action against Ramdev under sedition and other charges for allegedly “spearheading a misinformation campaign on Covid vaccination”.

Showing little remorse for his remarks, Ramdev was seen in yet another controversial video on social media, challenging calls for his arrest, saying “even their baap(father) cannot arrest Swami Ramdev”.