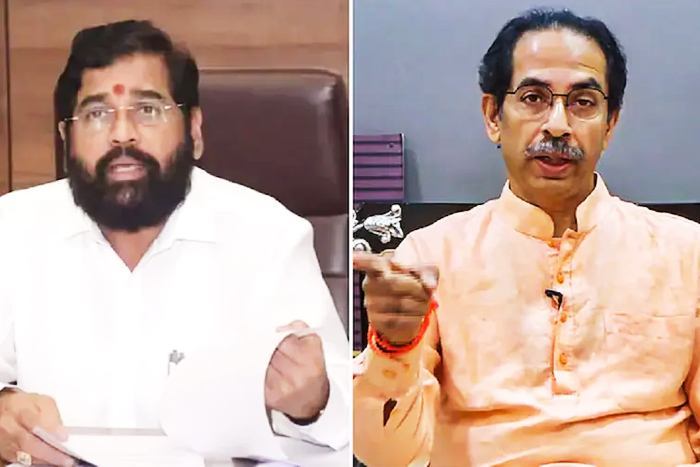 Mumbai: Senior Shiv Sena leader Eknath Shinde has reached Guwahati after taking a mid-night flight from Surat. At least 30 Shiv Sena and independent MLAs are with the former Thackeray confidante. The reported support Shinde has among the Sena legislators has the potential to affect a vertical split in the party and topple the MVA government. The rebellion came to light on Monday night after the former Maharashtra MLA reached a five star hotel in Surat, hours after the BJP won the fifth Maharashtra Legislative Council seat despite not having the adequate numbers. After the poll results, Shinde had gone incommunicado.

How many MLAs Eknath Shinde has?

The conservative figure is around 30. There can be more. While the Press Trust of India has pegged the number at 30, IANS says Shinde has 37 MLAs with him and more can join. According to Zee sources the number is close to 40, including independent MLAs. If these 30 MLAs and some independents

The MVA government has a total of 169 MLAs out of 288 total seats. The Shiv Sena has 56 MLAs. With even 30 MLAs, Shinde can topple the government. To circumvent the anti-defection law, Eknath Shinde needs the support of 37 Shiv Sena MLAs.

The NDA has 113 MLAs in the Maharashtra Assembly. An addition of 32 will take it past the half-way mark.

On Tuesday, Shiv Sena leaders Milind Narvekar and Ravindra Phatak, sent by Maharashtra Chief Minister Uddhav Thackeray, held discussions with the rebels at the Surat hotel. But they apparently didn’t reach an agreement.

Why is Eknath Shinde upset with Uddhav Thackeray? What are his demands?

Eknath Shinde and the MLAs are apparently upset with the alleged dilution of Sena’s stand on Hindutva. They are miffed with the ideologically mismatched alliance with the Congress and the Nationalist Congress Party. The BJP and the Sena had contested the 2019 general elections together but fell out over the question of chief ministerial post. Uddhav Thackeray had claimed the BJP promised him the post, but the party denied the charge. After several days of negotiations, the party entered into an alliance with Congress and Sharad Pawar’s party.

The BJP and Shiv Sena had been in alliance for over two decades before falling out.

Before boarding the flight, Shinde said he hadn’t revolted against the party. He said the rebel MLAs want the Sena to join an alliance with BJP.

“My and Sena MLAs wish is that Maharashtra Chief Minister Uddhav Thackeray should form a government in alliance with the BJP, I have not quit the party,” he said.

He added that he held talks with Uddhav Thackeray and chanted the slogan “Jai Maharashtra and Garv Se Kaho Hum Hindu Hai”.