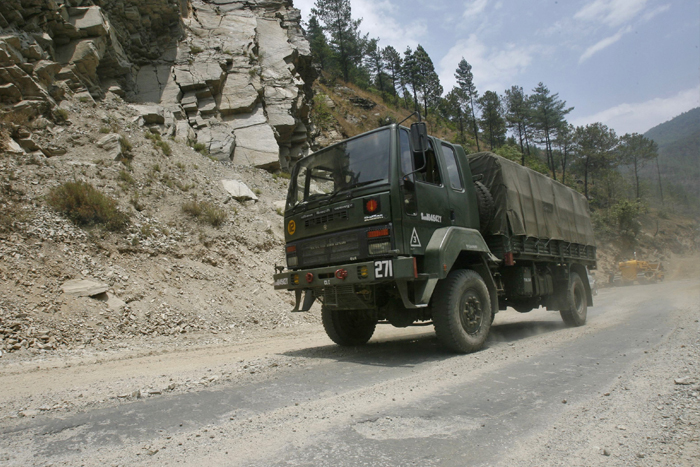 What US Said On India-China Border Clash In Arunachal Pradesh

India-China border clash: A face-off between Indian and Chinese troops in the Tawang sector in Arunachal Pradesh on Friday led to minor injuries to personnel from both sides.

The White House has said the Biden administration is glad that both India and China quickly disengaged after clashing in Arunachal Pradesh’s Tawang sector.

During a press briefing on Tuesday (local time), White House press secretary Karine Jean-Pierre said that the US is closely monitoring the situation and encourages both sides to utilise existing bilateral channels to discuss disputed boundaries.

“We are glad both sides have quickly disengaged from clashes. We’re closely monitoring the situation and encourage India and China to utilise existing bilateral channels to discuss disputed boundaries,” said Karine Jean-Pierre on India-China clashes.

The number of Chinese soldiers injured in the clash is more than the number of Indian soldiers.

“I want to assure the House, that no Indian soldier was killed or severely injured. I also assure the House that our Army can defend the country’s territorial integrity. Our Army is ready to tackle any transgression. I firmly believe the House will support the bravery and courage of our armed forces,” the Defence Minister said in the Parliament on Tuesday.

In the face-off between Indian and Chinese troops in Yangtse in the Tawang sector in Arunachal Pradesh, PLA troops clashed with three units of the Indian Army belonging to different infantry regiments who thwarted their attempt to change status quo on the Line of Actual Control.

Sources on the ground told ANI that the troops belonging to three different battalions including Jammu and Kashmir Rifles, Jat regiment and Sikh Light Infantry were present at the location of the clash last week when the Chinese tried to unilaterally change the status quo in the area.

The Chinese were armed with clubs, sticks and other equipment for the clash. The Indian troops were also prepared for the clash as they had known the intentions of the adversary, they said.

One of the units of the Indian Army was on its way out of there and was being relieved by a new unit. However, the Chinese chose to clash on a day when both units were present in the area. The Chinese Army troops try to enter these areas every year and try to patrol out their claim line which India does not allow.

The Chinese military has been behaving aggressively over issues in Yangtse in the vicinity of the Holydip and Parikrama area on the Line of Actual Control where the Chinese side has been opposing Indian positions.