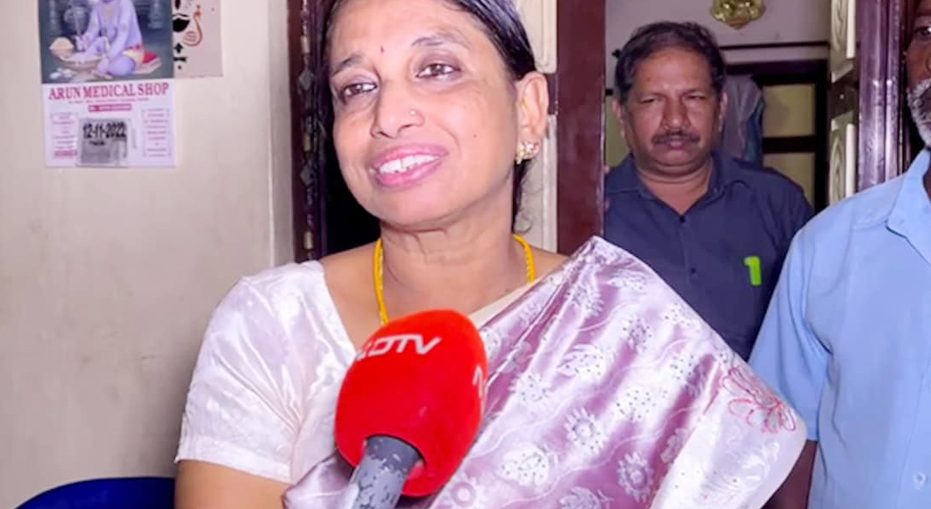 “They have lost their dear ones. I hope they will come out of that tragedy once for all, any time,” Nalini Sriharan said after her release.

“They have lost their dear ones. I hope they will come out of that tragedy once for all, any time,” she added. Nalini Sriharan’s remarks came hours after she was released after spending 31 years in jail.

When asked if she planed to meet her daughter and settle in the UK Nalini Sriharan said she would, along with her husband.

The Supreme Court yesterday ordered the release of Nalini and five others, who were convicted in the killing of Rajiv Gandhi in 1991.

Rajiv Gandhi was killed by a suicide bomber while campaigning for an election in Tamil Nadu’s Sriperumbudur in May 1991 by the Liberation Tigers of Tamil Eelam (LTTE), a Sri Lankan group.

Rajiv Gandhi’s killing was seen as an act of retaliation after he sent Indian peacekeepers to Sri Lanka in 1987, only to withdraw them after losing more than 1,200 men in battle and facing allegations of human rights violations in the island nation.

Nalini Sriharan, asked about if she would meet the family of Rajiv Gandhi, said “I don’t think they will meet me. I think the time has passed for them to see me.”

The decision, however, was welcomed by many in Tamil Nadu where their incarceration has been an emotive issue given many believe that the seven locals convicted were part of the plot without knowing its extent.

The court said its decision was based on the prisoners’ good behavior and the release in May of AG Perarivalan, another person convicted in the case, saying that he was 19 years old at the time of arrest and had been jailed for more than 30 years, with 29 of those in solitary confinement.