You are here
Home > DAILY BAWAL > Trump: I was right about ‘China virus coming from Wuhan lab’ remark 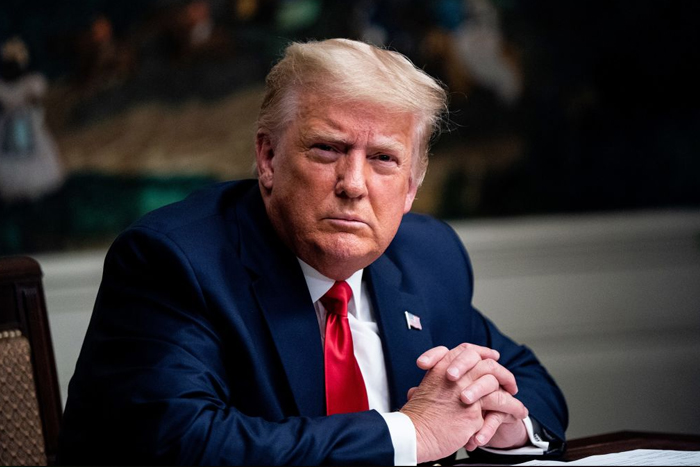 Trump: I was right about ‘China virus coming from Wuhan lab’ remark

“Now everyone, even the so-called ‘enemy’, are beginning to say that President Trump was right about the China virus coming from Wuhan lab,” said former US President Donald Trump.

WASHINGTON: Former US President Trump on Thursday said that he was right about ‘China virus coming from Wuhan lab’.

“Now everyone, even the so-called ‘enemy’, are beginning to say that President Trump was right about the China virus coming from Wuhan lab,” said former US President Donald Trump.

He also called for imposing fine on China for the death and destruction they have caused due to this ‘lab leak’.

“The correspondence between Dr Fauci and China speaks too loudly for anyone to ignore. China should pay $10 trillion to America, and the world, for the death and destruction they have caused!” added Trump.

After US top coronavirus advisor Dr Anthony Fauci’s private emails were revealed to the press, the debate over coronavirus coming from Wuhan lab has sparked once again.

Over 3,000 pages of emails were obtained by the Washington Post, Buzzfeed News and CNN through Freedom of Information Act (FOIA) requests, date from January to June 2020.

The emails revealed about early days of the US Covid outbreak. Dr Fauci and his colleagues took notice, in the early days, of the theory that Covid-19 may have leaked from a laboratory in Wuhan, China.

With regard to the “lab leak” email, the doctor told CNN he still finds it unlikely that a Wuhan laboratory released the virus. “I don’t remember what’s in that redacted [email], but the idea I think is quite far-fetched that the Chinese deliberately engineered something so that they could kill themselves as well as other people,” he said. “I think that’s a bit far out.”

The controversial claim was dismissed by experts last year, who said it was “extremely unlikely”. No evidence to support it has emerged.

But in recent days, amid criticism of an inconclusive international probe into the virus’ origins and new reports of Covid-related illness in the region weeks before it was officially identified, the theory is once again sparking debate.