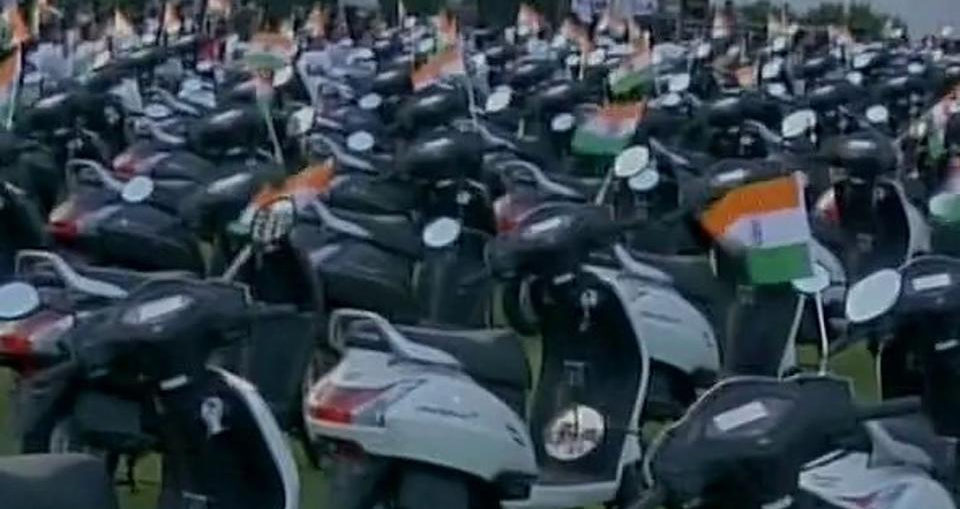 A diamond businessman in Gujarat’s Surat has given away scooties to his employees as a gift for the company doing well despite a sluggish economy, agencies reported on Friday.

News agency ANI reported that Laxmidas Vekaria presented his 125 employees with the two-wheelers as annual increment at a colourful function. A photograph showed the scooties – reported as Honda Activa 4G by Hindi newspaper Dainik Jagran – decorated with the tricolor.

Vekaria started his business in 2010 and is the second businessman from India’s diamond hub to hit the news for his largesse to employees. Last year, diamond export tycoon Savji Dholakia presented his employees with 1,260 cars, 400 flats and pieces of jewellery ahead of Diwali.

His company spent an estimated Rs 500 million (Rs 50 crore) under the loyalty programme to reward an unknown number of staff from a total workforce of 5,500. Similar figures from Vekaria weren’t available.