You are here
Home > DAILY BAWAL > ‘Scared of camera’: Kashmir internet shutdowns seen as an attempt to choke voices 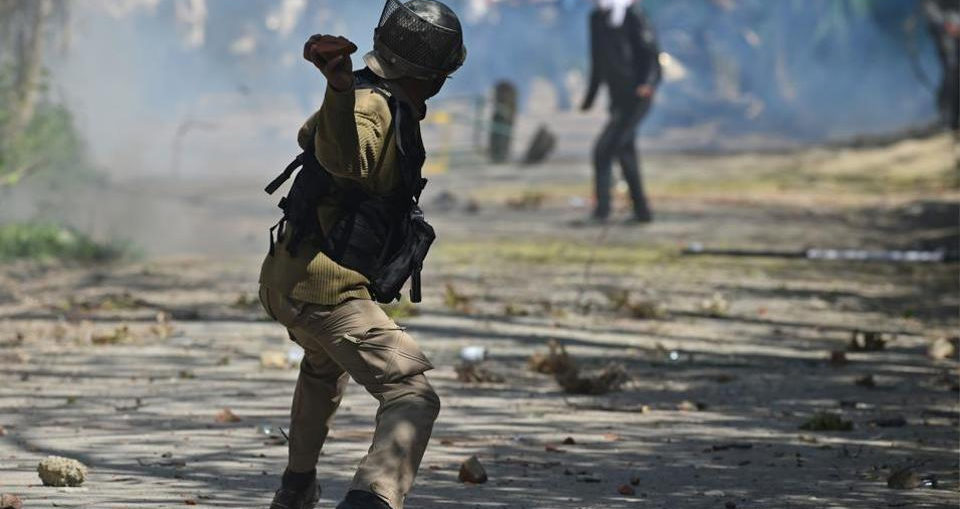 A security personnel throws a stone towards protesters during clashes near a college in central Srinagar’s Lal Chowk.

Freelance press photographer Abid Bhat used to hotspot the 4G internet on his mobile, connect it to his laptop and send pictures to international publications.

His work stopped since 3G and 4G mobile internet services were suspended in the Kashmir Valley from Monday afternoon.

“I do not have a fixed-line broadband connection at home. I am requesting friends to allow me to use theirs,” Bhat said.

The internet becomes the first casualty whenever the situation in the militancy-ravaged Valley turns from restive to volatile. The latest clampdown is to restrict Kashmiris from uploading on social media photos and videos of human rights violation by security forces.

A number of clips, including the one showing a man tied to a military jeep as a human shield against stone-throwers, went viral and picked up by both national and international media last week.

On Monday, hours before the internet was shut, Kashmir was rocked by student protests that wounded 60 people. Many students ran Facebook Live videos of their protest, a feature that works best only when the data strength is high.