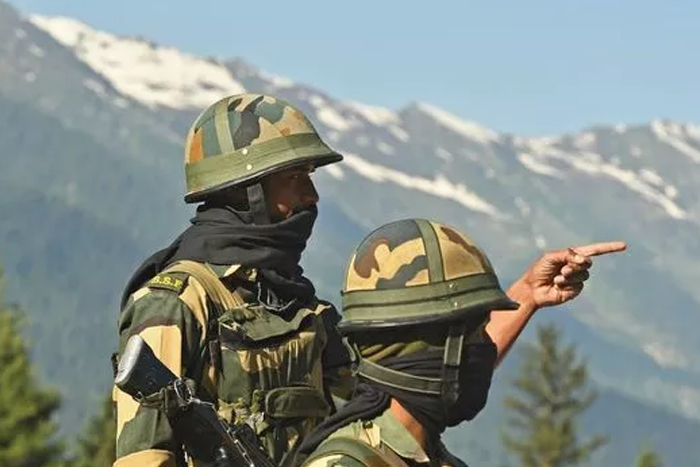 While China continues with its aggression at the disputed areas along the Line of Actual Control and is reportedly setting up a network of optical fibre cables in Ladakh, Pakistan continues to violate ceasefire with 2020 witnessing a record of such incidents in the last 17 years.

According to a report tabled by the government in the Parliament on Monday, a total of 3,186 incidents of ceasefire violations by Pakistan were reported along the Line of Control (LoC) in Jammu region in the last eight months.

In addition, 242 incidents of cross-border firing took place along the international border with Pakistan in Jammu region from January 1 to August 31, Minister of State for Defence Shripad Naik said, replying to a question in the Rajya Sabha.

He said 3,186 incidents of ceasefire violations were reported along the LoC in Jammu region between January 1 and September 7. The minister said eight Army personnel were killed and two others injured in Jammu and Kashmir this year till September 7.

On the other hand, Reuters quoted two Indian official saying that Chinese troops were laying a network of optical fibre cables at a western Himalayan flashpoint with India, suggesting they were digging in for the long haul despite high-level talks aimed at resolving a standoff there.

Such cables, which would provide forward troops with secure lines of communication to bases in the rear, have recently been spotted to the south of Pangong Tso lake in the Himalayan region of Ladakh, a senior government official was quoted by Reuters as saying.

The Indian Army and the PLA have been locked in a tense standoff in multiple areas along the LAC in eastern Ladakh since early May.

Following fresh confrontation around the southern bank of the Pangong lake, India further bolstered its military presence in the region by sending additional troops, battle tanks and other weaponry.

Amidst the very tense situation in eastern Ladakh, India and China reached an agreement to resolve their border row at a meeting between External Affairs Minister S Jaishankar and his Chinese counterpart Wang Yi in Moscow on September 10 on the sidelines of a Shanghai Cooperation Organisation (SCO) meet.

The agreement included measures like quick disengagement of troops, avoiding action that could escalate tensions, adherence to all agreements and protocols on border management and steps to restore peace along the LAC.

It also mentioned that the two sides should expedite work to conclude “new confidence building measures” to enhance peace and tranquility in the border areas. However, the agreement has not mentioned any timeline for disengagement of troops.