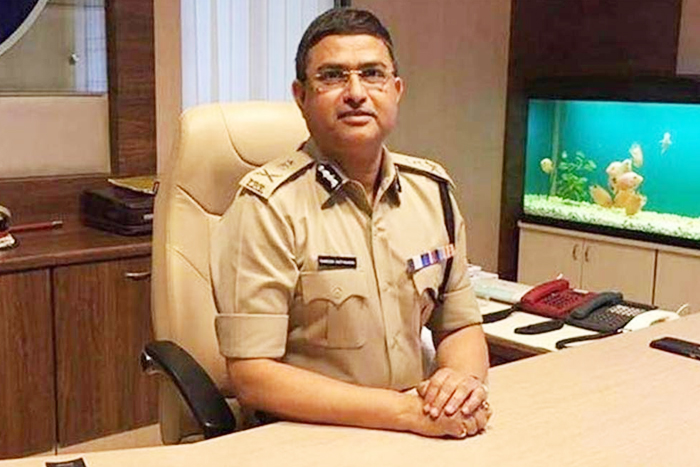 Known for his professional competence and integrity, Asthana was drawn into an unsavory controversy when he locked horns with then CBI Director Alok Verma as a Special Director on conduct over high profile cases.

Director General of Border Security Force (BSF) Rakesh Asthana was on Tuesday appointed as Commissioner of Delhi Police by the Narendra Modi government. A 1984-batch IPS officer from Gujarat cadre, Asthana was appointed as Delhi police chief, three days before he was to superannuate.

“Consequent upon appointment of Shri Rakesh Asthana, IPS (GJ:84), Director General, BSF, as Commissioner of Police, Delhi, the competent authority has approved that Shri S. S. Deswal, IPS (HY:84), Director General, ITBP shall hold additional charge of the post of DG, BSF vice Shri Asthana, till the appointment and joining of the regular incumbent or until further orders whichever is earlier,” the order from the Union home ministry said.

Known for his professional competence and integrity, Asthana was drawn into an unsavory controversy when he locked horns with then CBI Director Alok Verma as a Special Director on conduct over high profile cases. Asthana was shunted out along with Alok Verma, on January 10, 2019, and appointed to the post of Director General Bureau of Civil Aviation Security and Narcotics Control Bureau (NCB).

While the government had given additional charge of Delhi Police to Balaji Srivastava after the retirement of S N Shrivastava on June 30, the decision to appoint Asthana has been taken as the Home Minister Amit Shah wants to reform Delhi Police by making it more professional and responsive. Asthana is known for criminal investigation and was the key player in the unravelling of the Indian Mujahideen in Gujarat in the past decade.

Although Asthana was the front runner for appointment to the Director CBI after Rishi Shukla, he was overlooked on technical legal grounds raised by the committee members.

Asthana as DG of NCB has been at the forefront of drug seizures and has directed the investigation into the influx of cocaine and synthetic drugs in the Mumbai film industry. As DG BSF, he has been pushing the force to make borders more secure by unravelling tunnels used by Pakistan-based terrorists in Jammu and Kashmir and Punjab.