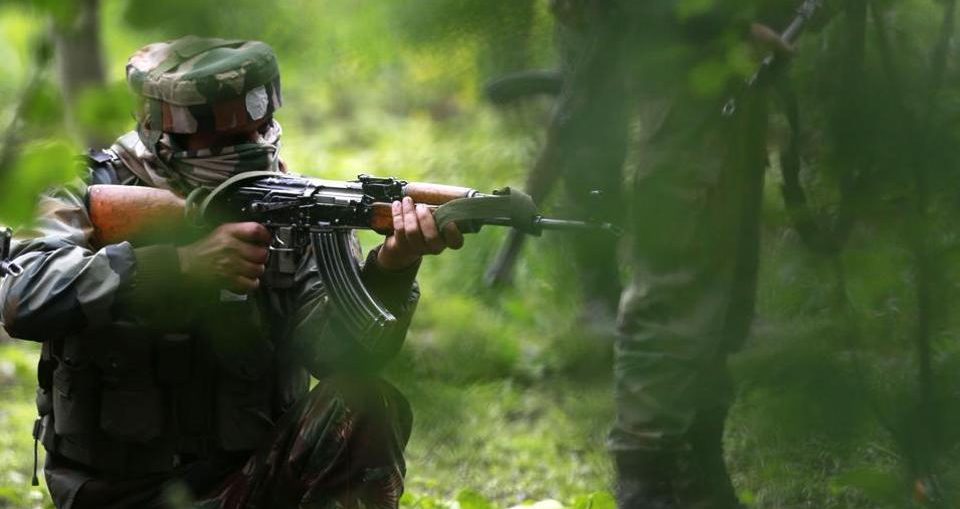 Army soldiers take position during an operation against militants in Shopian district south of Srinagar, in this file photo from May 2017.

The gun-battle between militants and security forces in south Kashmir’s Pulwama district ended on its second day with the killing of the third militant.

On Monday, two militants namely Were gunned down in the gun-battle.

Security forces had launched a search operation in Bahmnoo area of Pulwama on Monday morning following information about presence of militants in the area, a police spokesman said.

On Saturday, Lashkar-e-Toiba commander Bashir Lashkari — who was behind the killing of SHO Feroz Dar last month — and his accomplice were gunned down in an encounter in south Kashmir.

In a separate incident, a policeman and a woman were injured when militants attacked a police party in Anantnag town of south Kashmir on Monday morning.

‘Scared of camera’: Kashmir internet shutdowns seen as an attempt to choke voices