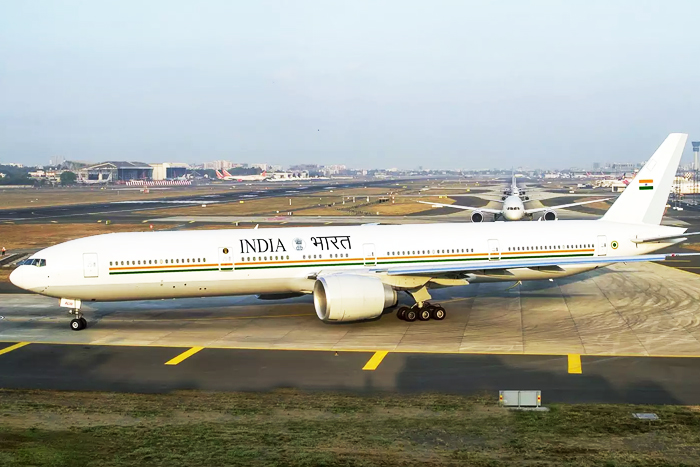 The first specially modified Boeing 777 aircraft, part of the Air India One fleet for Prime Minister Narendra Modi, landed in New Delhi on Thursday after a 15-hour flight from Worth Airport in Texas, officials aware of the development said.

The delivery of the aircraft was delayed by more than a month due to “operational issues”, officials said.

“The delivery of the aircraft was scheduled for August 25 but has been delayed due to certain operational issues. It took a few weeks’ time to deliver,” another senior government official said, requesting anonymity.

The Centre had sent a team of senior officials from the Indian Air Force and Air India for escorting the aircraft back to India and assessing the technical requirements, a second official said.

Air India had sent a pair of Boeing 777 aircraft to a Boeing facility in Dallas to be refurbished for VVIP travel.

The modified aircraft are set to match the US President’s Air Force One in terms of security measures.

Air India One is the call sign of any aircraft with the President or Prime Minister of India on board. The aircraft is operated as a VVIP flight by the Indian Air Force.

At present, the three dignitaries fly Air India’s Boeing 747 planes that the state-run airline deploys on commercial flights. These are temporarily reconfigured for the dignitaries when they need to travel, with the call sign changing to Air India One.

The Boeing- 747 planes that are chartered from Air India for use by the three dignitaries are two decades old.

The modified aircraft will also have ‘Bharat’ and India written on them, along with the Ashoka emblem.

The new planes have been configured to provide generous office space, meeting rooms, a wide array of communication systems and a section for handling medical emergencies. The aircraft can fly between the US and India without having to stop for refueling.