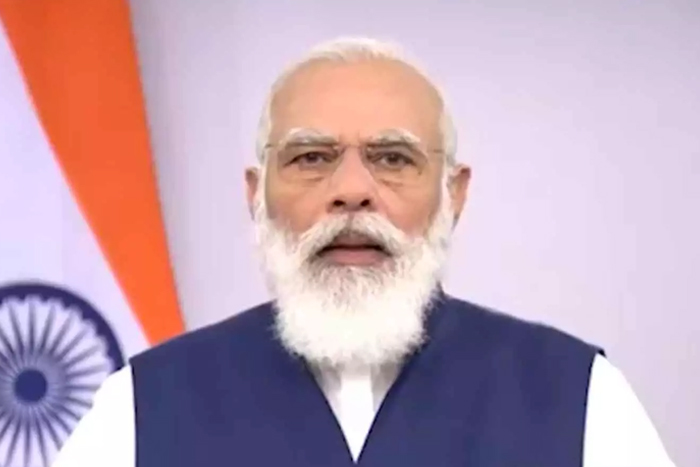 NEW DELHI: An assurance that India will use its vaccine production and delivery capacities for the benefit of the entire world, a strong pitch for UN reforms and a subtle message to China — that India’s friendship with any country is not targeted at a third country — formed the highlights of PM Narendra Modi’s virtual address to the 75th session of the UN General Assembly.

India will do everything possible to further global good including the battle against COVID-19 pandemic.

At the same time, India will always fight against terrorism, money laundering, narcotics and trade of illegal weapons. pic.twitter.com/p2ILZx0PwQ

While his Pakistani counterpart, Imran Khan, had stridently targeted India on the Kashmir issue in his address on Friday, Modi ignored Pakistan altogether while mentioning the need to counter terrorism and drugs in his speech which emphasised that India will not hesitate to raise its voice against “enemies of humanity”.

Modi spoke passionately on the need for UN reforms in his pre-recorded message as he sought to know how long was India going to be kept out of the decision-making structures of the world body despite its large population and successful democracy.

He said reform in the responses, processes and in the character of the UN is the need of the hour and that every Indian, while seeing the contribution of India in the UN, aspired for India’s expanded role in the United Nations, which enjoyed a high credibility in the country.

“When we were strong, we did not trouble the world; when we were weak, we did not become a burden on the world. How long would a country have to wait particularly when the changes happening in that country affect a large part of the world?” he asked, adding that India was also the country that had lost the maximum number of soldiers in the course of UN peacekeeping missions. “Today, the people of India are concerned whether this reform-process will ever reach its logical conclusion,” he said.

Modi said the Indian pharma industry had sent essential medicines to more than 150 countries. “As the largest vaccine-producing country of the world, I want to give one more assurance to the global community today, India’s vaccine production and delivery capacity will be used to help all humanity in fighting this crisis,” he said, adding that the Indian government is moving ahead with Phase 3 clinical trials within the country and in the neighborhood.

India will also help all the countries in enhancing their cold chain and storage capacities for the delivery of vaccines, he said. Significantly, even as the border situation with China remains tense, Modi said any “gesture of friendship” by India towards one country is not against someone else and that its approach towards the Indo-Pacific is guided by a desire for security and growth for all. Both China and Russia continue to nurse reservations about the Indo-Pacific concept and see it as a US-led initiative to contain Beijing. India maintains though that the Indo-Pacific is a free, open, transparent and inclusive concept with Asean at its centre and that it excludes nobody.

Modi also sought to know where the UN was in the joint fight against the novel coronavirus. “The whole world is fighting the global pandemic of corona for the last 8-9 months. Where is its (UN’s) effective response?” he asked.

Modi also said, in an obvious dig at China’s Belt Road Initiative, that when India strengthens its development partnership, it is not with any mala fide intent of making the partner country dependent or hapless. “We have never hesitated from sharing experiences of our development,” he said.

As India prepares to take over as a non-permanent member of the UNSC, Modi said the country will not hesitate in raising its voice against the enemies of humanity, human race and human values — terrorism, smuggling of illegal weapons, drugs and money laundering.

Modi also said India is moving forward with the vision of “self-reliant India” in the changed circumstances of the post-pandemic era. “A self-reliant India will also be a force multiplier for the global economy. Today, it is also being ensured that there is no discrimination in extending the benefits of all the schemes to every citizen of the country,” he said.